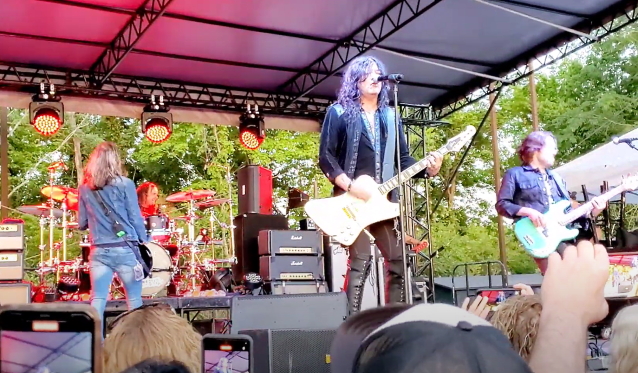 Fan-filmed video of Tom Keifer's June 18 performance at the Blue Note in Harrison, Ohio can be seen below.

"Rise", released September 13, 2019 on Cleopatra Records, features the rousing, rollicking rock singles "The Death Of Me" and "Hype". Both singles landed in the Billboard Mainstream Rock Top 40. Keifer's deep-seated roots shine through to the very core on "Rise", something that was embedded at the very heart of his music created during the multiplatinum CINDERELLA days.

The common thread to each song on "Rise" is the intuitive interplay between each member of #keiferband, a tight but loose collective that's spent the last few years on the road honing their live craft together. "Rise" is the studio-bred equivalent of a band just now realizing the full scope of its powers.

This past March, Keifer said that he was "not prepared" for last year's passing of CINDERELLA guitarist Jeff LaBar. Jeff was found dead by his wife, Debinique Salazar-LaBar, on July 14, 2021 inside his apartment in Nashville. He was 58 years old.

"I've gotta tell you, you're never really ready for that kind of loss; you're not prepared to hear that kind of thing," Keifer told SiriusXM's "Trunk Nation With Eddie Trunk". "And everyone is still trying to grieve and process it. It's an emotional topic. Jeff was just such a passionate, amazing person, musician, human. He had a huge heart. And it was a tough one, man. It still is, for everybody."

Tom continued: "Jeff and I had a really good relationship throughout out career. Obviously, in bands there's times when you have differences; that's part of being in a band. It's true what people say about bands — that they're like a family, but, honestly, it's like that and even more intense, because there's so many different facets that inform the dynamics between bands; everything from business to creativity and everything in between. But despite any differences that we've had over the years, and the band in general, as I've always said, we've never aired anything like that.

"Jeff and I had a great relationship," Keifer repeated. "I loved Jeff — I really did — and have so many great memories of our journey together. He was amazing, and not just what he contributed to the music. Jeff had such a great sense of humor, and some of my favorite memories with Jeff are just kind of cutting up together on the bus. We were both big movie fans and could quote pretty much all our favorite movies. And we'd sit in the front lounge and quote 'Arthur' and 'The Big Lebowski' and 'Caddyshack'. He was just a really passionate, really fun guy to be around, and obviously, an amazing performer. He was a huge part of CINDERELLA.

"Like I said, you're never ready for that. And everyone is really honestly… I'm in touch with Eric [Brittingham, bass] and Fred [Coury, drums] regularly — everybody close to him — and we're still trying to process it. We really are."

Although CINDERELLA hasn't released a new studio album since 1994's "Still Climbing", the band started playing sporadic shows again in 2010 but has been largely inactive for the last few years while Keifer focused on his solo career. 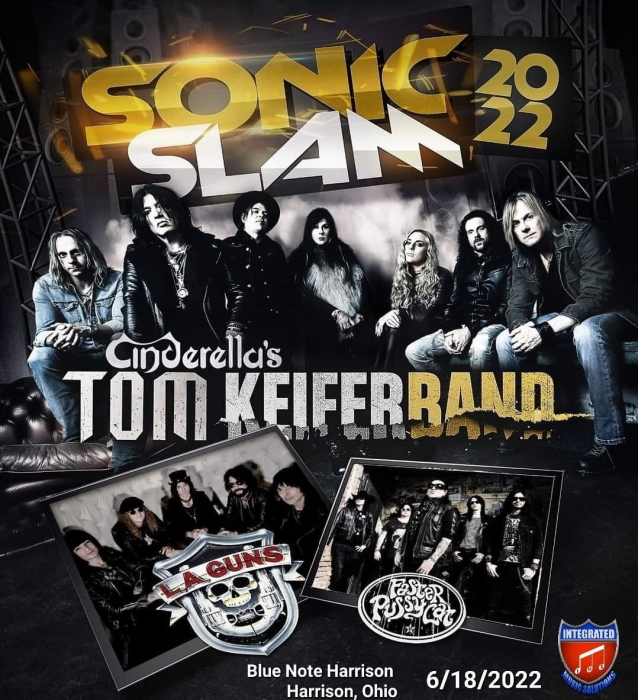