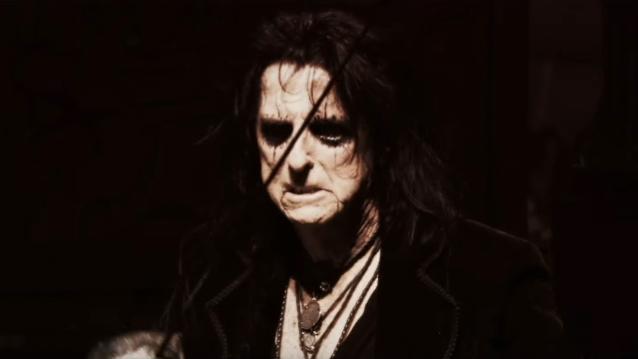 A trailer for Alice Cooper's new studio album, "Detroit Stories", is available below. Due on February 26 via earMUSIC and named for the city that launched the original Alice Cooper group on the road to success, it follows 2019's "Breadcrumbs" EP as a modern-day homage to the toughest and craziest rock and roll scene there ever was.

"We recorded with Wayne Kramer (guitarist and writer from the MC5),Johnny "Bee" Badanjek (drums; from the legendary DETROIT WHEELS),Paul Randolph (legendary Detroit jazz and R&B bassist) as well as the Motor City Horns and other local musicians," explains Ezrin, "We had musical ideas and encouragement from John Varvatos, the support of the folks at Shinola, and we recorded at Rustbelt Studios in Royal Oak. This was made in detroit for Detroit by Detroit denizens!"