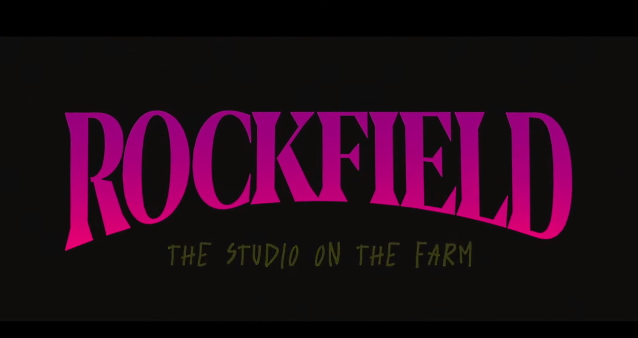 "Rockfield: The Studio On The Farm", the new documentary about the legendary studio where classic albums by RUSH, QUEEN, BLACK SABBATH, JUDAS PRIEST, MOTÖRHEAD and SEPULTURA have been recorded, will premiere at SXSW (South By Southwest) on March 16.

The documentary, directed by Hannah Berryman, is the unlikely tale of how two Welsh farming brothers turned their dairy farm into one of the most successful recording studios of all time, producing four decades of legendary rock music.

Fifty years ago, deep in the Welsh countryside, brothers Kingsley and Charles Ward were starting out in the family dairy farming business. But they yearned to do something different — they wanted to make music. So they built a studio in the attic of their farmhouse and started recording with their friends.

Kingsley's new wife, Ann, left her job in the local bank to do the books, and they continued farming all the while. Animals were kicked out of barns and musicians were moved into Nan's spare bedroom. Inadvertently, they'd launched the world's first independent residential recording studio: Rockfield.

Among the albums that were recorded at Rockfield are QUEEN's "Bohemian Rhapsody", RUSH's "A Farewell To Kings" and "Hemispheres", JUDAS PRIEST's "Sad Wings Of Destiny", MOTÖRHEAD's "On Parole" and BLACK SABBATH's "Dehumanizer". Robert Plant, Iggy Pop, SIMPLE MINDS, THE STONE ROSES, OASIS, COLDPLAY and more have also made music and mayhem at Rockfield over the decades. This is their story of rock and roll dreams intertwined with a family business’s fight for survival in the face of an ever-changing music landscape.

The official trailer, which can be seen below, features an appearance from Ozzy Osbourne, who recorded some of BLACK SABBATH's earliest demos at the facility.