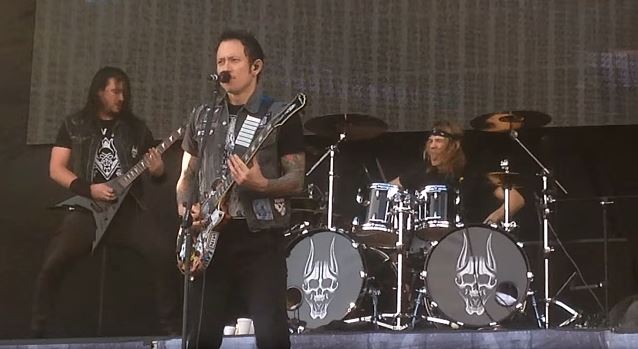 Fan-filmed video footage of TRIVIUM's December 5 performance at Knotfest in Toluca, Mexico can be seen below. The concert marked the band's first appearance with its new drummer, Chicago native Paul Wandtke.

Wandtke has previously drummed for the hit musical "Rock Of Ages" and sat behind the kit for KILL HANNAH during the band's main-support run with the SMASHING PUMPKINS.

TRIVIUM in May 2014 parted ways with drummer Nick Augusto due to personal differences. Stepping in for him on TRIVIUM's recent dates and on the band's latest album, "Silence In The Snow", was the group's drum tech, Mat Madiro.

Regarding TRIVIUM's latest drummer switch, guitarist/vocalist Matt Heafy wrote on Twitter: "I'll keep this short and sweet. Any change we've ever made in TRIVIUM has been necessary for the very survival of the band."

Matt Heafy's father Brian Heafy, who used to manage TRIVIUM, wrote on Instagram: "I had the pleasure meeting Paul Wandtke (TRIVIUM drummer) at the TRIVIUM in-store signing event and we had him over for Thanksgiving dinner! Paul and I also hung out for a bit at the TRIVIUM beer-tasting event.

"I know Matthew, Corey [Beaulieu, guitar], and Paolo [Gregoletto, bass] are excited about what Paul brings to the team. Incredible timing, vigorous work ethic and loves to practice. A player's player, from what I have seen. Hopefully everything works out positively.

"Many of you know I've been in the TRIVIUM camp (1999-2010) for quite a awhile and I've seen three drummers come and go, like the rest of you. During my time, one of the weakest links in the group has always been the drumming. All solid people, but not quite up to the standards [Matt, Corey and Paolo] place upon themselves. We wish them all well, never personal."

"Silence In The Snow" debuted at No. 19 on The Billboard 200 chart, having shifted 18,000 equivalent album units in the week ending October 8.

"Silence In The Snow" was released on October 2 via Roadrunner. The follow-up to 2013's "Vengeance Falls" was produced by Michael "Elvis" Baskette (SLASH, ALTER BRIDGE, THE AMITY AFFLICTION) and was mixed by Josh Wilbur (GOJIRA, LAMB OF GOD). 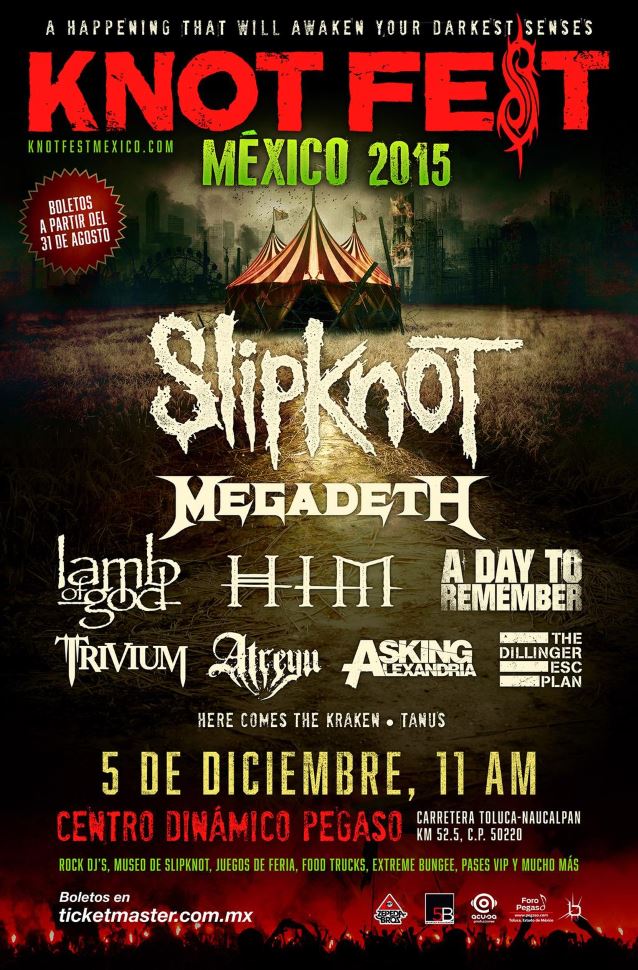