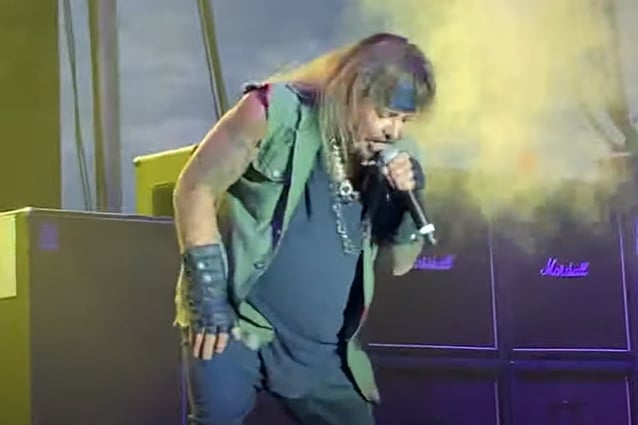 MÖTLEY CRÜE frontman Vince Neil struggled to complete his solo concert this past Saturday (May 29) at the Boone Iowa River Valley Festival in Boone, Iowa.

The 60-year-old rocker, who hadn't performed in more than a year and a half due to the COVID-19 pandemic, began losing his voice several songs into his set, which consisted exclusively of CRÜE classics and cover songs previously recorded by the band.

Neil's setlist was as follows: