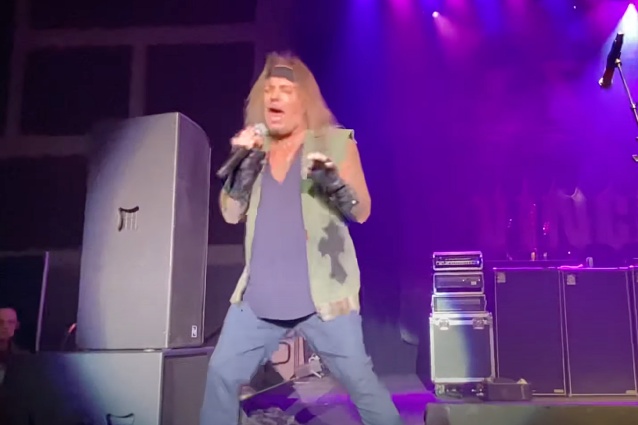 MÖTLEY CRÜE frontman Vince Neil played his second concert of 2022 this past Saturday night (January 15) at Lawrenceburg Event Center in Lawrenceburg, Indiana. Fan-filmed video footage of the performance can be seen below.

The Lawrenceburg show marked Neil's third live appearance since he reportedly broke his ribs while performing with his solo band at the Monsters On The Mountain festival at LeConte Center in Pigeon Forge, Tennessee on October 15. Fan-filmed video of that gig showed the 60-year-old rocker walking to the front of the stage with his guitar strapped around him. He encouraged the crowd to clap along while playing the 1989 MÖTLEY CRÜE hit "Don't Go Away Mad (Just Go Away)" when he suddenly fell and dropped out of the camera's view almost instantly. TMZ later reported that there was a small gap between the speaker and the stage that Neil didn't notice. His roadie and a security guy helped him get to his feet, and Vince "limped away."