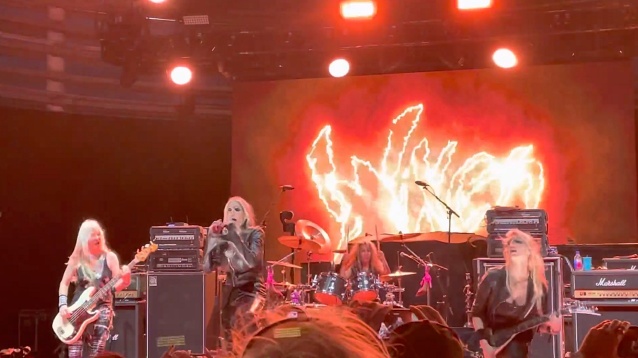 Fan-filmed video of VIXEN's January 17 performance at RokIsland Fest in Key West, Florida can be seen below.

Last July, Lorraine Lewis spoke to The SDR Show about how she ended up becoming the new lead singer of VIXEN following the departure of Janet Gardner. She said (as transcribed by BLABBERMOUTH.NET): "The crazy thing is that, honestly, the night before Roxy [Petrucci, drums] called me to join, I had actually reached out to my booking agent to tell him I was done with [my longtime band] FEMME FATALE. I just had enough, a lot on my shoulders. I have a really good day job, the love of my life. And I was just, like, we had a really good run — six years with the girls — and I just felt done. And so I called him to tell him. And the very next day Roxy calls me and asks me if I'd be the lead singer of VIXEN. That's, honest to God, how it happened. And I was, like, 'This is so weird. 'Cause I just called [my booking agent] last night and told him I'm done.' So it was one of those things. I was really done with FEMME. I'd had a great run and I was ready to say goodbye. And Roxy called and I told her I was done. She was, like, 'What do you mean 'done'?' I'm, like, 'I'm done done.' She's, like, 'Done what?' And so I said, 'I'm done with FEMME. I'm done with singing. I'm just gonna chill.' And she's, like, 'No, you're not. You're gonna join VIXEN.' And so she presented what was going on. And I told her I was gonna think about it, talk with my husband, figure it out, and make sure that I could hit some of those soaring notes that VIXEN was famous for. And when I felt that I could do that, and [once] everything fit into place, I called and said, 'Let's do this.' So it wasn't that hard of a decision. I had really put FEMME to bed at that time."

Lorraine also confirmed that VIXEN was working on material for a new studio album.

"This past year, things have been so disjointed with everybody living everywhere and not being able to travel [due to the pandemic]," she said. "Britt [Lightning, a.k.a. Brittany Denaro; guitar] and I have been pretty good about getting together on Zoom and working things out. Roxy has been writing. We've all been separately, and then together as well. So things are in the works. We're not ready to release anything right now. But I'm hoping that now that we're gonna be kicking shows into gear, the glue will start happening again and we'll be able to get some stuff recorded together as a band."

Lewis went on to say that she is "so thrilled to be the singer of VIXEN. I'm so stoked to be carrying on the legacy of the band," she said. "So I'm honored. And I just wanna keep rockin'."

Prior to officially joining VIXEN in January 2019, Lewis had already performed with the band in March 2018 in Durant, Oklahoma while Gardner was recovering from surgery. 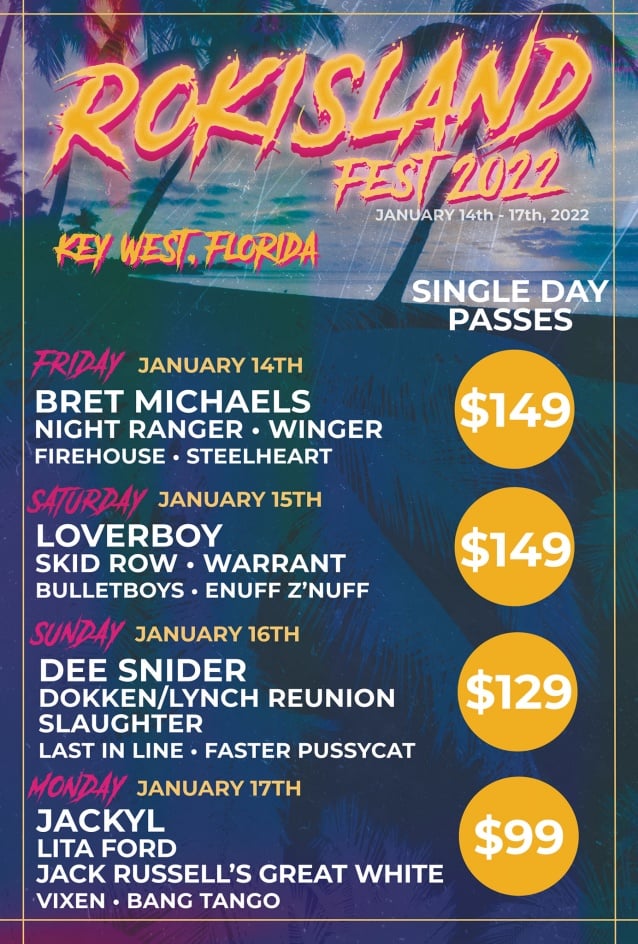