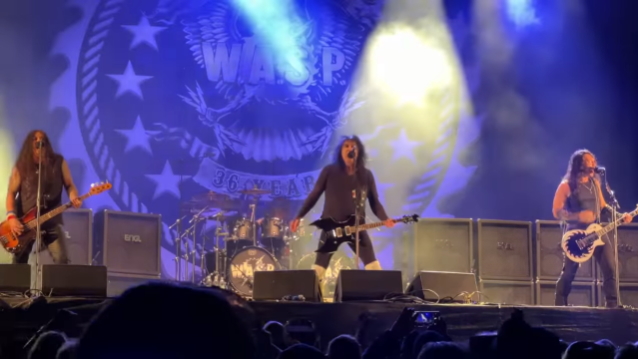 Fan-filmed video of W.A.S.P.'s entire July 30 performance at Skogsröjet festival in Rejmyre, Sweden can be seen below.

08. Chainsaw Charlie (Murders In The New Morgue)
09. The Great Misconceptions Of Me

Blackie Lawless has led W.A.S.P. as its lead vocalist and primary songwriter since its beginning. His unique brand of visual, social and political comment took the group to worldwide heights and sold millions of records alongside a legacy of sold-out shows across the globe for four decades. He is joined in W.A.S.P.'s current lineup by bassist Mike Duda and guitarist Doug Blair, whose tenures in the band span 26 and 18 years respectively, along with drummer extraordinaire Aquiles Priester.

In a May 2022 interview Meltdown of Detroit's WRIF radio station, Lawless spoke about the status of his long-in-the-works autobiography. He said: "It's taken a whole lot longer than I thought it would, but it's been one of the most fun things I've ever done in my life. It's a tremendous amount of work because there's so many things, over the course of a lifetime, that you forget about, especially when you do what we do for a living. Anybody that does what we do, it's not like the average person out there where you go to work and you do your thing and you get into a routine. And there's nothing wrong with that; it's different. 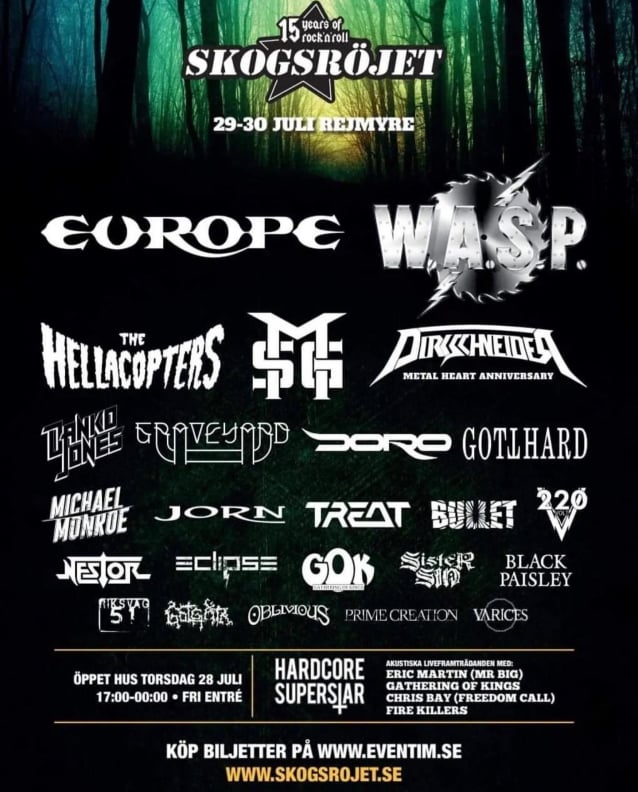