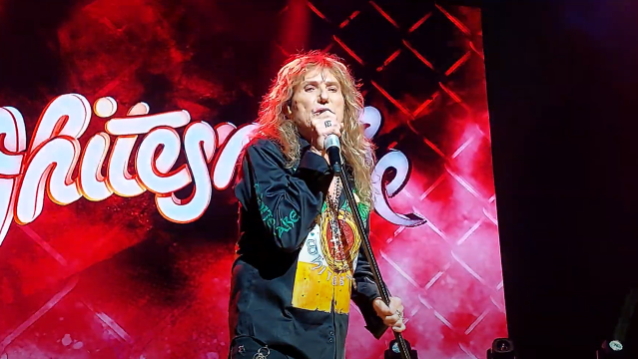 After the concert, WHITESNAKE frontman David Coverdale shared a number of photos on Twitter, writing in an accompanying message: "THANK YOU, DUBLIN!!! You Brought Tears To An Old Snakes Eyes…Blessings On You & Yours For An Unforgettable Evening In The Company Friends…The Irish Whitesnake Choir Was In Exceptional Form…XXX" He later added: "Once Again Our Sincere Gratitude For Such An Emotional Beginning To The Farewell Tour…Please Know You Are Truly Appreciated & Love DUBLIN!! God Bless Your Beautiful Hearts!"

O'Callaghan wrote on Instagram: "Thank you Ireland. My heart is so full, your energy was out of this world. Goodnight from a very sleepy, very smiley Irish woman. Sláinte! Oíche maith."

WHITESNAKE's setlist was as follows:

Posted by Dino Jelusick Argentina on Tuesday, May 10, 2022

THANK YOU, DUBLIN!!! You Brought Tears To An Old Snakes Eyes…Blessings On You & Yours For An Unforgettable Evening In The Company Friends…The Irish Whitesnake Choir Was In Exceptional Form…XXX
❤️‍🔥❤️‍🔥❤️‍🔥💚❤️‍🔥❤️‍🔥❤️‍🔥🙏🙏🙏✌️✌️✌️🤟🤟🤟‼️‼️‼️
Beautiful Pics by ⁦@PaytonTMurphy⁩ pic.twitter.com/184SwFVFhS 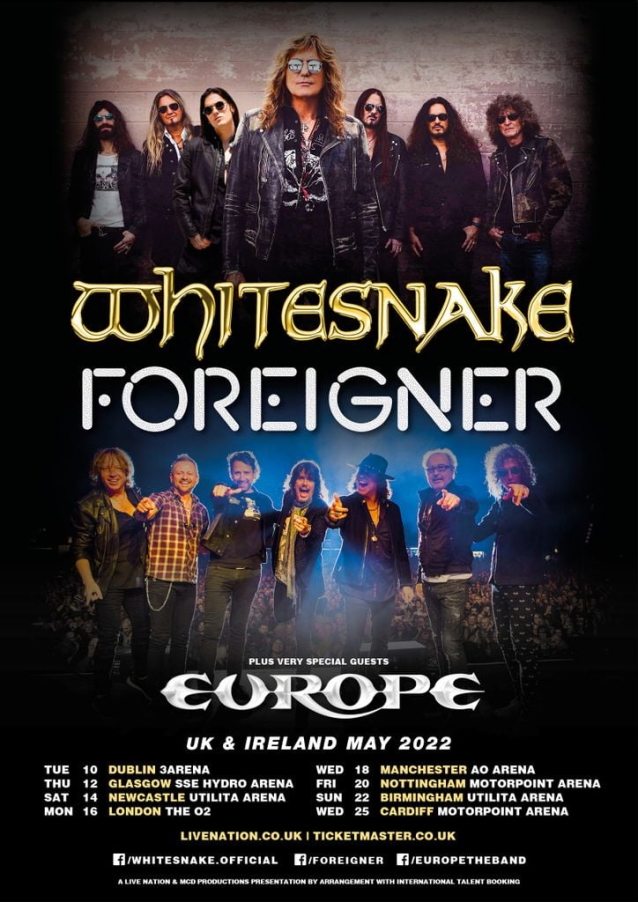