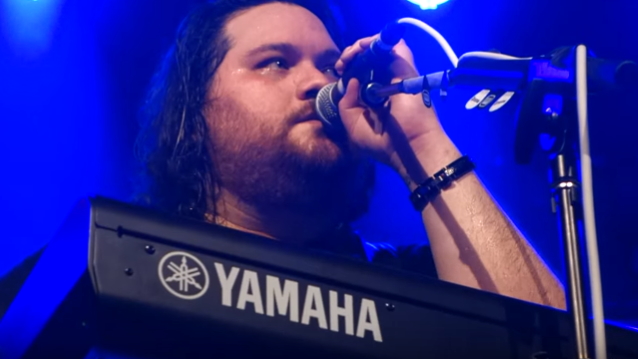 MAMMOTH WVH, the solo project of Wolfgang Van Halen, played its second-ever concert last night (Wednesday, July 28) at RocHaus in West Dundee, Illinois. Fan-filmed video footage of the band performing the song "Distance" at the show can be seen below.

"Distance" is an open letter to Wolfgang's father, legendary VAN HALEN guitarist Eddie Van Halen, declaring "no matter what the distance is, I will be with you." The official music video for the song was created from a collection of family home movies through the years and offers an inside look in to one of music's most notable personalities. Chronicling the family through the years, the video ends with a touching voicemail left from Eddie to his son.

Wolfgang took to his Twitter after the West Dundee gig to write: "…and that’s show number 2! It's an unreal feeling to finally be able to tour IN GENERAL, let alone with this music, AND to get the amazing response we’ve gotten so far. Thanks so much for showing up! Y'all are amazing!"

MAMMOTH WVH's tour as the support act for GUNS N' ROSES will kick off on July 31 at Hersheypark Stadium and conclude in early October with a two-night run at the Hard Rock Live Arena in Hollywood, Florida.

Wolfgang, who joined his father in VAN HALEN for the band's 2007 reunion tour with singer David Lee Roth, replacing Michael Anthony, recently told Raul Amador of Bass Musician Magazine about the fact that he played all the instruments on "Mammoth WVH": "I think it's gonna be a bit of a surprise for people who think that I only play bass. I started writing music on my own way back in 2013, after the second VAN HALEN tour. I taught myself Logic [recording software]. I knew enough to realize an idea on my own computer, so I would just kind of write. And then I got in the studio in 2015 with my producer, Elvis Baskette, and engineer, Jef Moll. And between the three of us, over the next couple of years, we tracked a bunch of songs. And then I went on tour again with VAN HALEN. And then I came back, and I'd written a bunch of songs on tour, and so we recorded even more. So we just kind of kept recording more and more songs until we ended up finishing in July of 2018. So, yeah, it took a while. [Laughs]"

Wolfgang also talked about his lyrical approach on the MAMMOTH WVH album, saying: "I think the lyrics were a new opportunity for me to kind of convey emotion past just performance-wise, so I'm sure I leaned a bit heavier in that respect. 'Cause playing everything on my own — normally when you're playing on something, you almost kind of wanna show off a little bit more, 'cause it's, like, 'This is my one opportunity, 'cause I'm just playing the bass or guitar' or whatever. But when you're playing everything, if you [went crazy] on every instrument, it would just be ridiculous. So the challenge and enjoyment I got out of it was trying to construct good songs, just for what would benefit the song. 'Cause I feel like a lot of musicians go, like, 'What can I do so I can point at that later and go, 'Listen to me. See what I did?'' But with this, it's, like, what can I do for the betterment of the song in every aspect. So, yeah, that was a fun little thing to be able to do, with getting emotions across and playing and lyrics and vocals and stuff like that."

Last November, Wolfgang confirmed that he asked his father for permission to use the MAMMOTH WVH band name for his solo project. MAMMOTH WVH is a nod to family history — Eddie and Alex Van Halen's band was called MAMMOTH when Roth first joined it in 1974.

It’s an unreal feeling to finally be able to tour IN GENERAL, let alone with this music, AND to get the amazing response we’ve gotten so far. Thanks so much for showing up! Y’all are amazing! 🙏 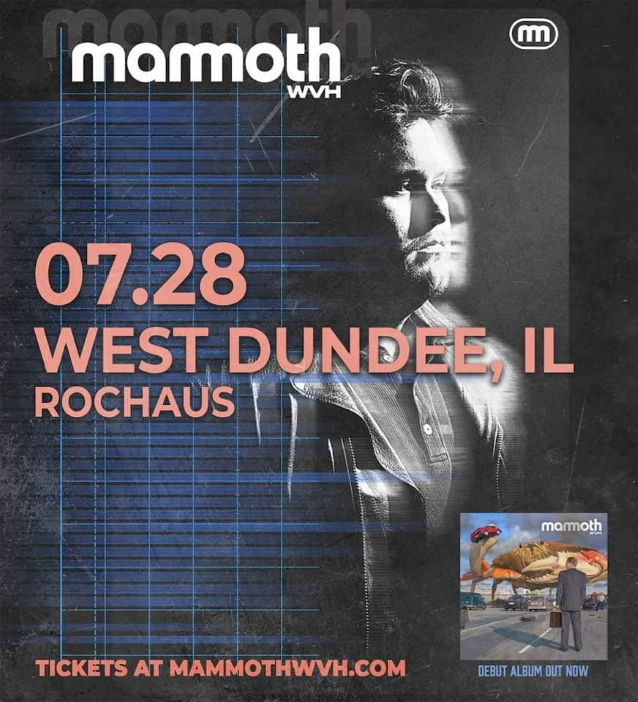