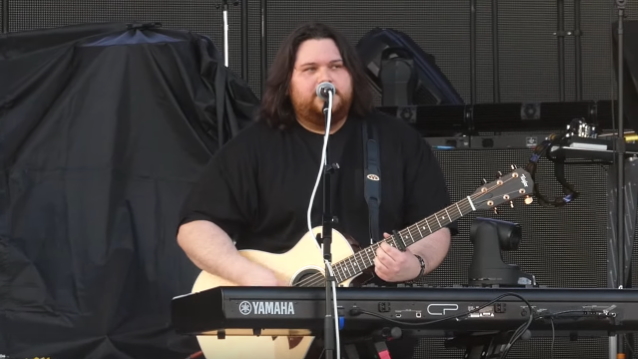 MAMMOTH WVH, the solo project of Wolfgang Van Halen, played its first concert as the support act for GUNS N' ROSES last night (Saturday, July 31) at Hersheypark Stadium in Hershey, Pennsylvania. Fan-filmed video footage of the show can be seen below.

Last month, Wolfgang told Ultimate Classic Rock that he was "really nervous" about opening for GUNS N' ROSES. "I'm a very anxious person. But in a funny way, it's very similar to how I started out in VAN HALEN, where the first show I played was at an arena in Charlotte, North Carolina. This time, it's at a stadium in Hershey, Pennsylvania. So it's following in a really funny way — but definitely still terrifying. It's an honor to be there ... and I'm going to do my best."

Wolfgang said that he had never been to a GUNS N' ROSES concert before. "I'm actually very excited, just as a fan, to be able to see them," he said. "I knew they were going out, and it just kind of fell together really nicely by the time our stuff came out. I've known Slash for a while. Over the years, he'd come up to the studio, since I was a little kid, so I can't even remember the first time I met him."

Van Halen said that he was introduced to GUNS N' ROSES via the band's classic debut LP, 1987's "Appetite For Destruction". "I think that whole album is phenomenal," he said. "At the time when they came out, they were just that much-needed 'fuck you' vibe. I loved their vibe."

MAMMOTH WVH's tour as the support act for GUNS N' ROSES will conclude in early October with a two-night run at the Hard Rock Live Arena in Hollywood, Florida. 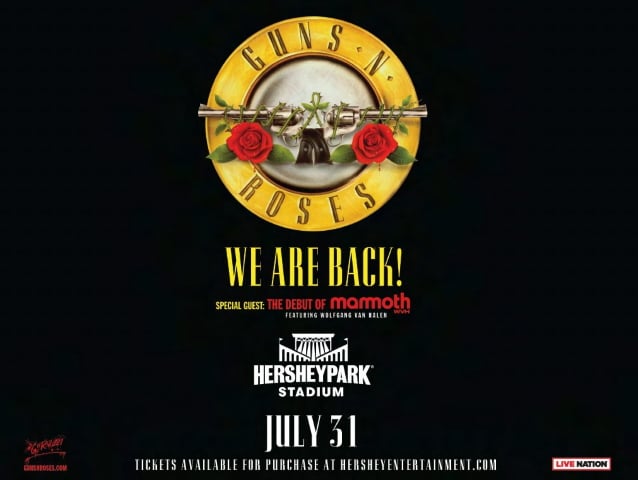