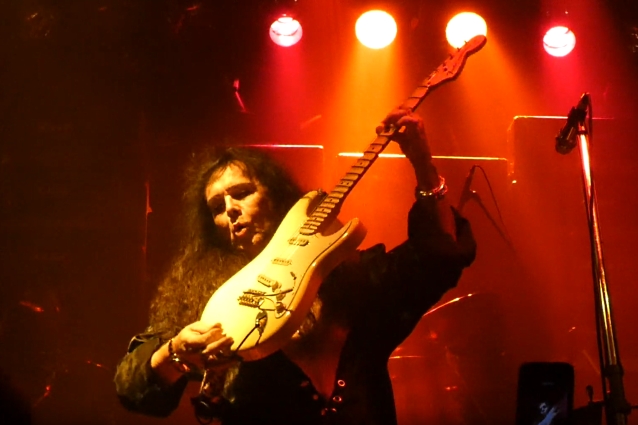 Fan-filmed video footage of Yngwie Malmsteen's May 26 concert at the Harrisburg Midtown Arts Center (HMAC) in Harrisburg, Pennsylvania can be seen below (footage courtesy of YouTube user "Steve Easton").

Malmsteen told the Los Angeles Daily News about his current string of dates: "They'll be pretty much the same what I always do: just craziness, a lot of guitar solos, a lot of smoke machines, a lot of Marshall stacks. I've got to throw in some of the new songs too, but it's not going to be like I'm going to sit in a chair and play the blues. It's going to be a full-on blast, Malmsteen-style show."

Yngwie released a new album, "Blue Lightning", on March 29 via Mascot Label Group. On the disc, Yngwie pays homage to those from the blues world who have fueled his artistic spirit for so long. "Blue Lightning" also includes four original tunes that bring to the fore Malmsteen's love for the blues. "I have always featured songs with a blues groove on albums," he said in a press release. "So, having my own material in this vein was very natural for me."