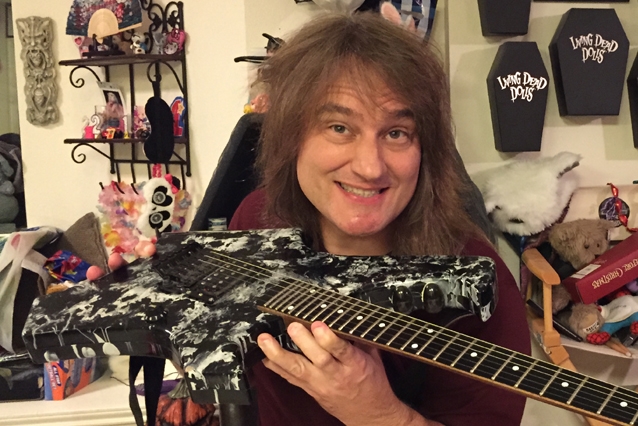 "Frenetically Inconsistent Velocities Entwined" (a.k.a. "FIVE") is the first of four songs that were initially written for the third BLOTTED SCIENCE CD. The song — featuring Ron Jarzombek on guitars and programming, and BLOTTED SCIENCE bandmate Alex Webster on bass — is a speed trip with eighths, triplets, sixteenths, quintuplets, triplet sixteenths, septuplets and thirty-seconds shifting inconsistently over half time, normal time and double time grooves, with a few blastbeats thrown in.

The other three BLOTTED SCIENCE songs are near completion and will also be released as digital singles.

"The Ink Panther" is a remake of the Henry Mancini classic "The Pink Panther Theme".

Says Ron: "Reminiscent of how SPASTIC INK took the themes and melodies from the movie 'Bambi' and twisted the rhythms around to compose 'A Wild Hare', on this song I took the triplet (swing, shuffle) feel of the original 'Pink Panther Theme' song, and redistributed the rhythms and melodies into sixteenth note patterns. Lots of the notes fall on the 'e' and 'a' beat divisions, resulting in a more syncopated feel, thus giving my remake the song title 'The Ink Panther'.

"This is the first of three songs that I'm working on that have word plays based on the names of my main recording projects over the years (SPASTIC INK, BLOTTED SCIENCE and WATCHTOWER). A Jimi Hendrix classic is up next."