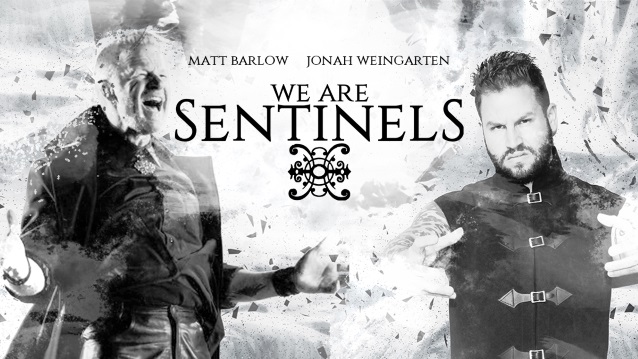 The official lyric video for the song "Battle In Winter" from WE ARE SENTINELS (formerly SENTINELS),the new project featuring vocalist Matt Barlow (ICED EARTH, ASHES OF ARES, PYRAMAZE) and composer, keyboardist and pianist Jonah Weingarten (PYRAMAZE, STRUCTURE OF INHUMANITY),can be seen below. The track is taken from WE ARE SENTINELS' self-titled debut album, which will be released on July 6 in Europe via SAOL.

"Battle In Winter" tells an epic fantasy story of elves and war. The third song and culmination of the Winter Trilogy, the piece brings the thematic elements to a cinematic conclusion. With huge sweeping strings, massive orchestral percussions, and atmospheric choirs, "Battle In Winter" exemplifies the feel of the soon-to-be-released album as a whole. Perhaps one of Matt Barlow's finest and most emotive vocal performances ever, it showcases his power, range, and emotion in ways that only he can.