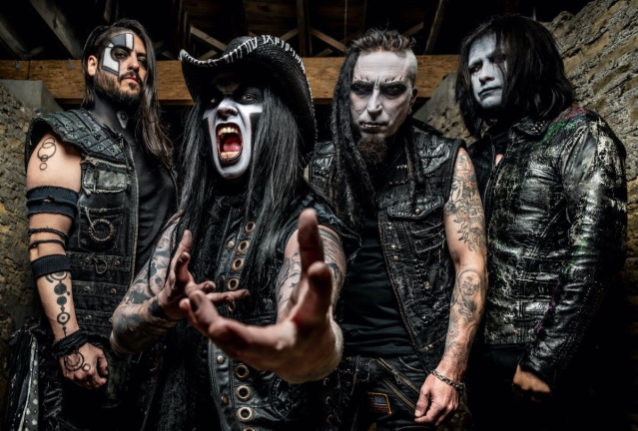 Heavy horror punk icon Wednesday 13 will release his new album, "Horrifier", on October 7 via Napalm Records. The official music video for the LP's second single, and what has been described in a press release as "likely one of, if not the heaviest track of his career," "Insides Out", can be seen below. The gory track boasts a colossal main riff before roaring with a searing chorus featuring slithering vocals and hair-raising guitar effects.

Wednesday 13 says about "Insides Out": "Our latest single 'Insides Out' is a very heavy song, so it only made sense to make a video to match the sound! Torture and violence is the main theme of this song, and we continue along the lines of the last music video with another horror movie theme here too."

Wednesday 13's ninth full-length album kicks off with eerie introductory track "Severed" before careening into one of the band's heaviest songs ever recorded, the massive, slow and low "Insides Out", accented by hair-raising guitar leads and slithering vocals. The aggressive, industrial-edged "Exhume And Devour" and "You're So Hideous" pick up the pace with danceable '90s sonic vigor, while surefire hit "Good Day To Be A Bad Guy" aces the pure horror punk spirit of MURDERDOLLS as a downright blissful tongue-in-cheek earworm that'll seep into the listener's head on repeat. John Carpenter's "Halloween"-inspired anthem "Return To Haddonfield" convinces with marching gang vocals and a searing metallic guitar solo before the pace picks up again on fast-riffing, mosh-ready title track "Horrifier". Southern-fried metal tinged "Hell Is Coming" is one of the album's best displays of stylistic versatility, accented by an impressively commanding vocal performance while pumping out a thrash-worthy breakdown and blues rock solo. "Halfway To The Grave" sees the band echoing '80s flavor accented by memorable leads and imploring lyrics before leading into the charging "Christine"-themed album standout "Christine: Fury In The Night", featuring pounding drums, an unforgettable hook and a transfixing guitar lead. "Horrifier" closes with its most heartfelt track, "The Other Side", a personal ode Wednesday 13 penned about the sudden loss of his mother, as well as former MURDERDOLLS bandmate Joey Jordison, but that also shines as a vital anthem made further pertinent after recent years of intense worldwide loss and reflection.

"Horrifier" was produced and recorded by Wednesday 13 with mixing and mastering by Brent Clawson and features artwork by Jonny Bush.

Wednesday 13 states: "The last three releases have seen the band explore new ground with heavier songs, drums, and vocals. Coming out of the COVID crisis, I promised I would not release a sad, depressing record. I wanted to make a fun, horror themed rock record that would be reminiscent of the first few WEDNESDAY 13 records. The new album is a fun, fast-paced, thriller!"

Wednesday 13 has just embarked on the "20 Years Of Fear" tour, featuring a career-spanning setlist. The tour will run across the United States and Canada for nearly two months, coming to an end back in Anaheim, California on October 23. After the "20 Years Of Fear" North American headline tour, Wednesday 13 will go on to join MINISTRY on the "Moral Hygiene" European tour, also featuring support from THE 69 EYES. 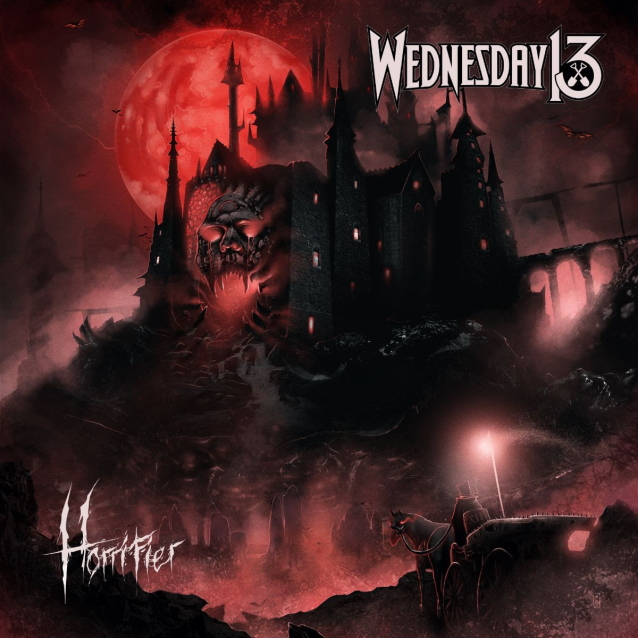