Los Angeles, California-based three-piece black funeral doom act WELTER IN THY BLOOD will have its album "The Transference of Misery" released in early 2009 via the Dutch labels Totalvernichtung and Todesstunde. It will be made available as a full-length LP, limited to 300 copies, through Todesstunde, and a CD version will follow through Totalvernichtung, limited to 161 copies. Both versions of this concept album will feature exclusive artwork and packaging. The LP will feature a silk-screened poster and the CD will be featured in a special DVD packaging.

"The Transference of Misery" will feature four new tracks that are exclusive to this release:

01. Wandering Through Towers of Blackened Bone
02. The Transference Of Misery
03. Mortification of The Flesh
i. Intoxicated Lacerations
ii. Visions Of Suffering
iii. Todestrieb
iv. Evocation of Necromimesis

WELTER IN THY BLOOD was formed in 2006 with the intent of giving a soundtrack to the extinction of the human race. Their elegies speak of their virulent hate for the human existence and the lauding of death and solitude. Revealed through a staggering funeral cadence and guttural ululations is the feeling of absolute torment and despondency. WELTER IN THY BLOOD musically coalesced self mutilation and misanthropy with the urge for voluntary human extinction, coining the term "Suicide is a Virtue."

Drawing upon all its misanthropic hate, WELTER IN THY BLOOD released its first album, "The Grim Visage Of Death", in 2008. This three-song, one-sided LP was released through Black Goat Records and limited to only 200 copies.

WELTER IN THY BLOOD will be featured on an eight-band split that will be released through Choking Hazard Records sometime this year. This split CD will feature such bands as ATAVIST, THE AUSTRASIAN GOAT, and MOLOCH. 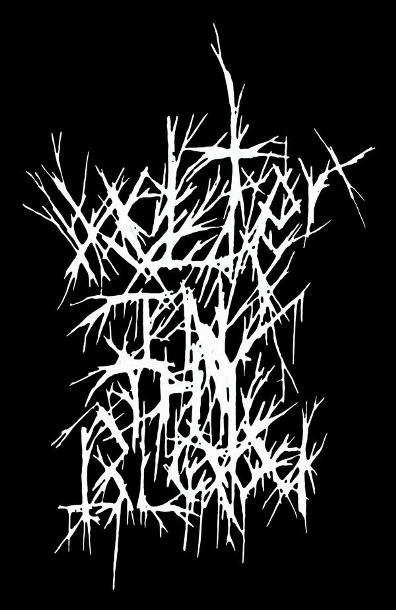