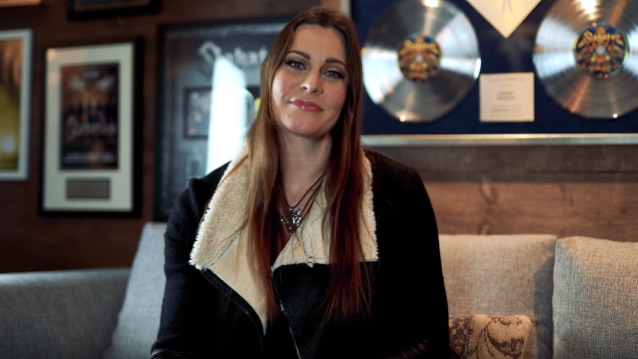 What Does NIGHTWISH's FLOOR JANSEN Think Of All The 'Ghost Love Score' Reaction Videos?

In the latest episode of her "1 Minute Fan Friday" YouTube series, NIGHTWISH singer Floor Jansen was asked what she thinks of all the reaction videos from vocal coaches and other musicians to her performing the song "Ghost Love Score". She responded (as transcribed by BLABBERMOUTH.NET): "I have been watching some of them. And it's, of course, amazing to see there are so many reaction videos. The downside of that is that it's sometimes hard to filter out the good ones. So I've been looking at people just really loving it, which is wonderful to see, but there's no actual technical analysis. But I have come upon a few that I really thought [were] interesting to watch. Since I'm not so objective, it's cool to hear the vision of people that come from a technical [background] or other musicians that know what it's like to make music. So that I find interesting. But I have to say I don't spend that much time watching videos."

Last November, Jansen released her cover version of the song "Let It Go" from the Disney movie "Frozen". She revealed that she got the inspiration to record the track through her four-year-old daughter Freja, who had been listening to it and singing it "for months."