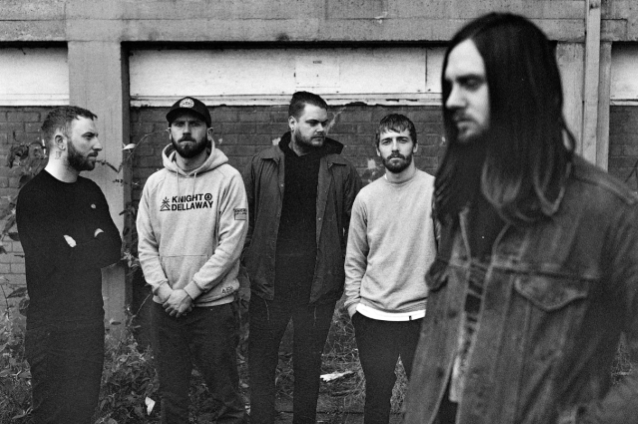 British metalcore act WHILE SHE SLEEPS will embark on its first-ever headline tour of North America in February 2020. Joining them on the trek will HE IS LEGEND and SAVAGE HANDS.

"It's been a long time in the making and it's gonna be worth the wait," the band says. "This is the first-ever SLEEPS North American headline tour. We've been waiting years for the right moment to do this and we have heard you guys asking us, too. The time is finally here, so let's see what you've got."

WHILE SHE SLEEPS's latest album, "So What?", was released in March via the band's own Sleeps Brothers label through Spinefarm. The disc was recorded with producer Carl Bown at the group's studio Sleeps Audio.

WHILE SHE SLEEPS's 2007 album, "You Are We", earned the group award nominations from the likes of Metal Hammer and a "Best Album" win at the Heavy Music Awards, as well as landing them in the Top 10 of the U.K. album charts. 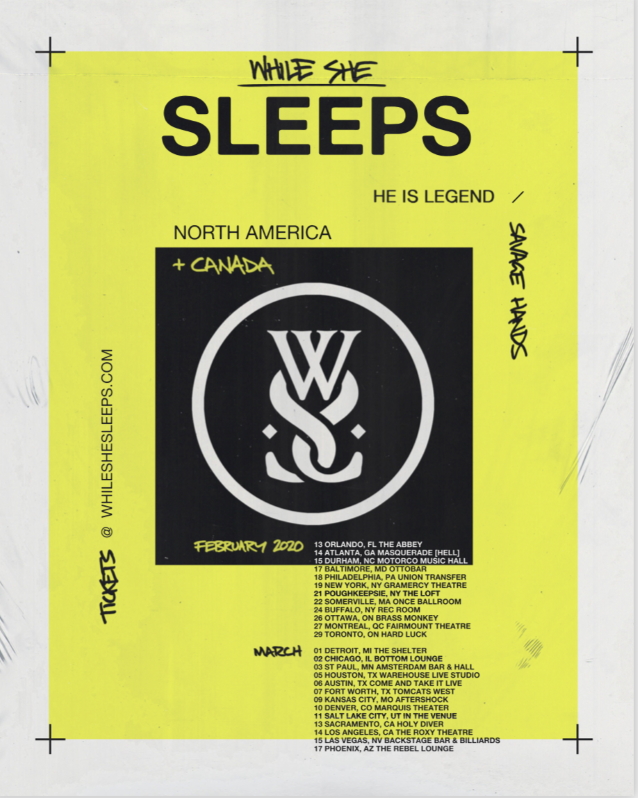