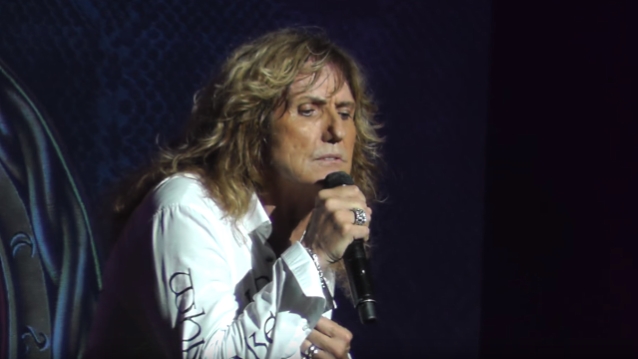 WHITESNAKE kicked off its "Flesh & Blood" world tour Friday night (April 12) at 7 Clans First Council Casino Hotel in Newkirk, Oklahoma. Fan-filmed video footage of the concert can be seen below.

WHITESNAKE is touring in support of its upcoming album, "Flesh & Blood", which will be released on May 10 via Frontiers Music Srl. The disc follows the 2011 critically acclaimed studio album "Forevermore" and 2015's "The Purple Album", a reimagining of DEEP PURPLE classics from WHITESNAKE mastermind's David Coverdale's time in that band. 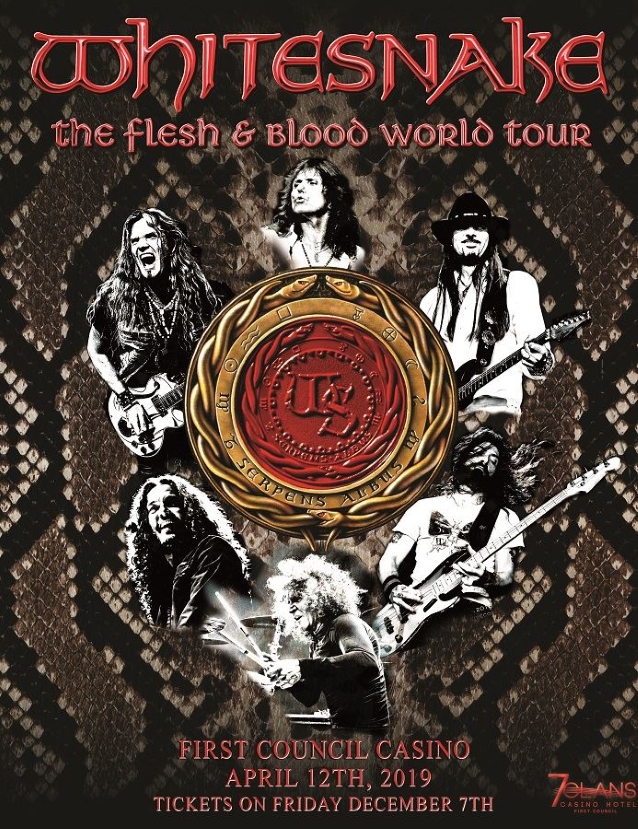