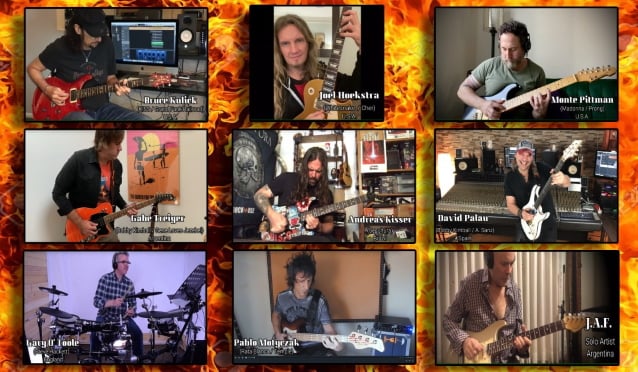 Several renowned rock guitar players from around the world gathered (virtually) to record a cover of THE POLICE's classic "Synchronicity II" in a "quarantine" version. The video will help as a fundraiser for the Red Cross to help fight COVID-19 around the world.

The lineup is formed by musicians who have played with some of the top names in the industry, like KISS, WHITESNAKE, Cher, Madonna, SEPULTURA, Alice Cooper, Paul Stanley, Bobby Kimball and Joe Lynn Turner, to name a few, spread all over the world in countries like U.S.A., United Kingdom, Sweden, Spain, Brazil and Argentina.

Gabe Treiyer, the man behind the idea, said in a statement: "I've been thinking of a way to entertain and help at the same time those that are isolated because of the quarantine while staying at home, and
maybe suffering the loss of a friend or family member. So I decided to call some friends. I explained them what this was all about, and they jumped in inmediately.

"Even though I've never been in touch with some of them, like Andreas or Monte, they are players that I really admire and follow and I'm really happy that they decided to join anyway.

"The idea is to give people some entertainment during this global
pandemic period, and the 'synchronicity' concept of the song, translated
as unity between us (musicians), all based around the globe, could send
out a message of hope to other people during these difficult times, and
also encouraging them as well to help others." 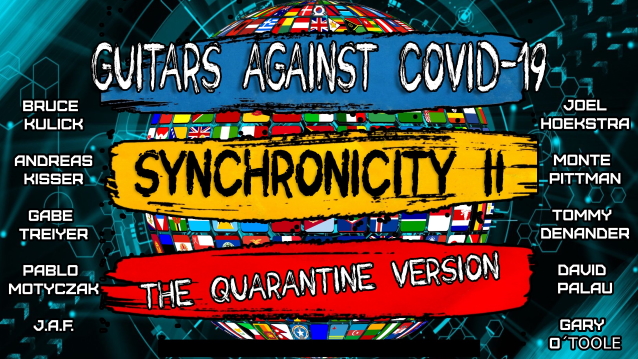