WHITESNAKE's "The Purple Album", which revisits singer David Coverdale's time as the frontman for DEEP PURPLE's "Burn", "Stormbringer" and "Come Taste The Band" studio albums, sold around 6,900 copies in the United States in its first week of release to land at position No. 84 on The Billboard 200 chart (which includes stream activity).

"The Snakes and I are thrilled with the incredibly positive response to 'The Purple Album'," says Coverdale. "Our sincere thanks to ALL for the amazing support we're receiving for the album and 'The Purple Tour'!"

WHITESNAKE is planning to release a limited-edition box set of "The Purple Album" on June 30. The box set includes the deluxe edition of the CD alongside a 180-gram, 2-LP vinyl version, a poster and sticker as well as a limited-edition lithograph and can be ordered here. The 180-gram vinyl, also available as a stand-alone piece and can be ordered here.

WHITESNAKE has released four different videos (a combination of traditional music videos and static YouTube clips) for songs from "The Purple Album". Added together, these videos total have received over a million plays and counting, showing that fans new and old still love this iconic material, band and vocalist.

WHITESNAKE will hit the road this month in support of "The Purple Album". The 42-city trek kicks off on May 28 in Airway Heights, Washington and runs through the summer, wrapping up on August 16 in St. Charles, Missouri. 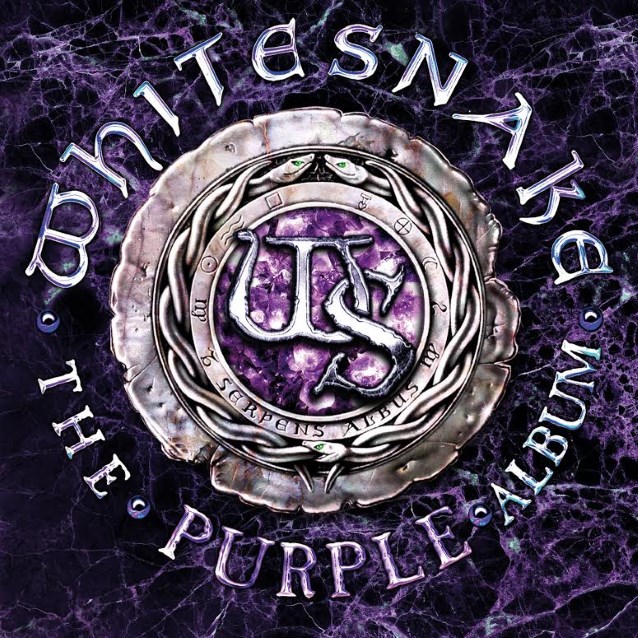