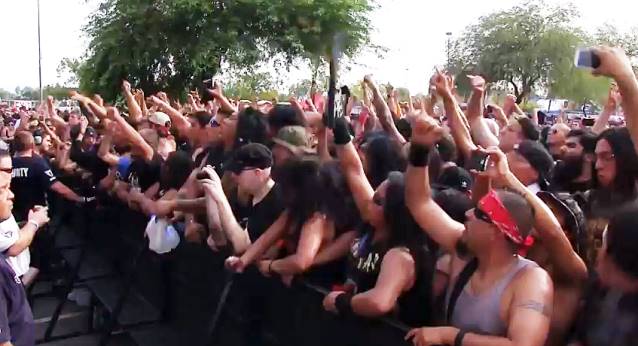 Why Heavy Metal Fans Are Most Loyal

Spotify last month published data that found heavy metal has the most loyal fans across the world of any major genre by a wide margin. The music streaming service put together a series of charts and interactives showing the variety of musical genres online and how these genres vary around the world. Pop came in second place, with folk, country and rock fans rounding out the top five.

Spotify's research arm The Echo Nest "identified 'core' artists that are most central to each genre" and quantified genre loyalty worldwide by "divid[ing] the number of streams each core artist had by their number of listeners" and then normalizing the charts. Spotify's lineup of "core" heavy metal bands included such names as METALLICA, SLAYER, JUDAS PRIEST, IRON MAIDEN, SEPULTURA, PANTERA, CRADLE OF FILTH and ANTHRAX.

He added: "Streaming has been particularly beneficial as a promotional tool and a discovery vehicle [for new artists]."

Although heavy metal fans tend to be stereotyped as angry, alienated, and rebellious, a 2013 study found that fans of metal tend to have higher openness to experience, more negative attitudes toward authority, lower self-esteem, greater need for uniqueness and lower religiosity than those individuals with a preference for other musical genres.

Michael Friedman, Ph.D., a clinical psychologist specializing in how social relationships influence mental and physical health, wrote an article for the Psychology Today web site last year in which he stated about heavy metal devotees: "People who like intense and rebellious music such as heavy metal… [are] more likely to engage in civic activism. In fact, research suggests that heavy metal musicians and fans are 'gifted outsiders with feelings of low self-esteem that develop from their sense of alienation. They turn to heavy metal for inspiration and support. This is perhaps one of the reasons that heavy metal musicians and fans are so dedicated. Pop bands may come and go, but a METALLICA fan is a fan for life."

Biff Byford, singer of British heavy metal legends SAXON, told Independent.co.uk in 2010 that "heavy metal is a tribal music and everyone is a member of the tribe. The audience is very, very loyal… especially the Germans. It's not like pop music, where if the next song isn't good enough then forget about it; with our music, people will allow you to be shit sometimes, and that's one of the great things."

He added, "The music's not about love. Our songs are more about Richard The Lionheart, steel trains and thunder. But when you do click with a big audience, it can be quite an experience, a massive connection… I suppose you could say it is a religious experience in a way." 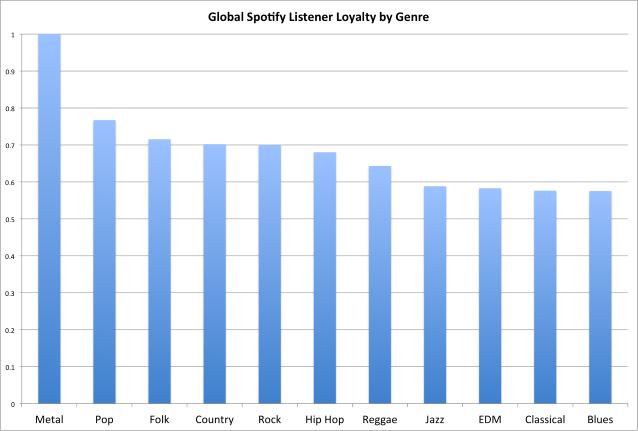