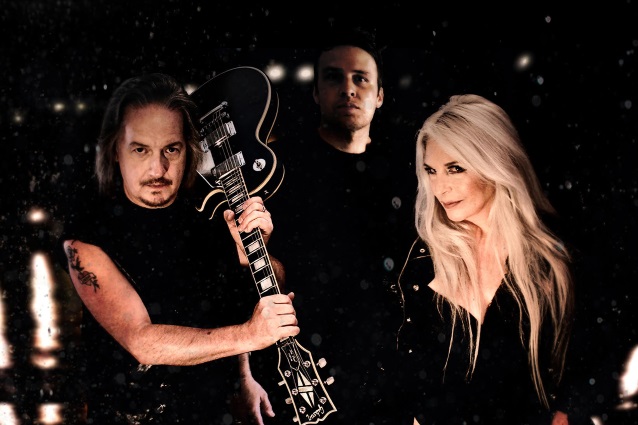 WILDESTARR To Release 'Beyond The Rain' Album In December

U.S. metal band WILDESTARR will release its new album, "Beyond The Rain", on Friday, December 8 via Scarlet Records.

The first single from the disc is the title track, the official lyric video for which can be seen below.

"Beyond The Rain" track listing:

WILDESTARR features Dave Starr (VICIOUS RUMORS, CHASTAIN) on all guitars and bass, London Wilde on vocals and Josh Foster on drums. Over the course of three studio albums — "Arrival" (2010),"A Tell Tale Heart" (2012),and now "Beyond The Rain" — they have established themselves as the masters of their craft with melodic and aggressive metal full of dark drama, and conveyed via a huge wall of sound.

"Beyond The Rain" takes the listener on a harrowing ride and emotional roller coaster. Some might think its a concept album, but its actually much more than that. The songs are Wilde's lyrical expression of pain, torment, hope, and love based on the real-life tragic suicide of her brother Gary in 2012. Gary was a gifted musician who suffered the sad pitfalls of many others who pick up the guitar and dream of success in the music business. After his death, Gary essentially became a not-so-silent fourth member of the band, and his presence and spirit was deeply felt throughout the songwriting and recording process.

"Beyond The Rain" contains ten tracks of classic heavy metal in the vein of JUDAS PRIEST, QUEENSRŸCHE and DIO, complete with Starr's soaring guitar harmonies and killer riffs, pounding bass and drums, and out-of-this-world vocal melodies and lyrics by London.

Husband-and-wife team Starr and Wilde have been friends for thirty years and married for over fifteen now. This makes their songwriting and chemistry very special and unique in the world of heavy metal.

The album artwork was created by world-renowned digital artist Jonas De Ro. Jonas has worked on many blockbuster movies as a concept artist, including "Batman v Superman: Dawn Of Justice", "Guardians Of The Galaxy", "Mission: Impossible - Rogue Nation", "Terminator Genisys", "Jupiter Ascending" and "Edge Of Tomorrow".

Says Starr: "The original artwork is titled 'Moscow Ruins'. I found this on the Internet a year ago and London and I fell in love with it. It really seemed to fit the mood for 'Beyond The Rain', so I contacted Jonas and purchased the rights to use it." 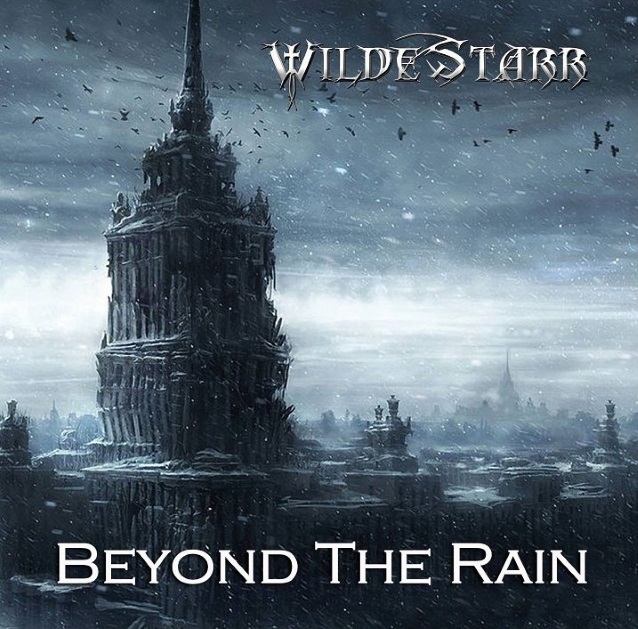