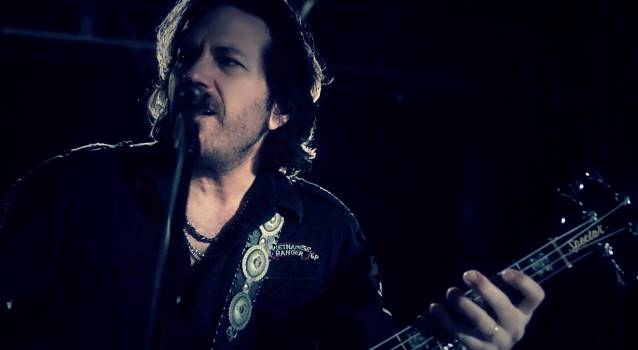 "Tin Soldier", the new video from WINGER, can be seen below. The song is taken from the band's new album, "Better Days Comin'", which will be released on April 18 in Europe and April 22 in North America via Frontiers Records. Fans who preorder the album now from iTunes will receive instant downloads of "Rat Race" (the first single) and the album's title track. The effort is available for pre-order on Amazon.com in a standard and deluxe configuration. The deluxe edition comes in a glossy digipak and includes the bonus track "Another Beautiful Day" and a DVD including a "Making Of The Album" documentary as well as videos for the first single "Rat Race" and title track, "Better Days Comin'".

WINGER doing prog rock? It's not a total shocker.

"I remember when I saw the first Winger video many years ago," Rudess said. "I was struck by the high level of musicality within the band and the charisma of Kip Winger. I can still feel the magic and the power of this group.

"I've had the amazing fortune to work with Rod Morgenstein, one of the greatest drummers on the planet. He can play anything from solid rock to the craziest prog I can think of. I've also worked with Kip. His voice and musicianship shine through anything he touches, whether it's singing Rudess, GENTLE GIANT or ELP songs on my albums, creating original orchestral music in his own compositions or leading WINGER."

DEEP PURPLE guitarist Steve Morse, who's also in DIXIE DREGS with Morgenstein, added: "When I saw these guys live, I couldn't believe how good they sounded. I prefer bands that have many different influences; you know, the further you look, the more varied experiences and styles you'll find. That's what makes the music interesting on top of the great writing and performances. I witnessed them all bend over backwards to help keep a young musician's musical dream alive. After that, I describe them as my heroes."

WINGER has always been known for its incredible musicianship and the trend continues on "Better Days Comin'".

"On 'Better Days Comin'', we drew from our past to elaborate on our future," explains Kip Winger.

"The band is stronger than ever and very excited about the music on this record. We feel this album exemplifies the true sound of the band in every way."

WINGER formed in the late 1980s and soared to immediate success with its 1988 self-titled release. The album spawned the hit singles "Seventeen" and "Headed For A Heartbreak" and achieved platinum sales status. "Winger" also stayed on The Billboard 200 chart for over 60 weeks where it peaked at #21. Their next album, "In The Heart Of The Young", also achieved platinum status behind the singles "Can't Get Enuff" and "Miles Away". The change in musical climate of the mid-'90s, compounded with unprovoked ridicule on MTV's popular "Beavis And Butt-Head" show, led the band to go on hiatus in 1994. In 2001, WINGER reunited and has not looked back since. 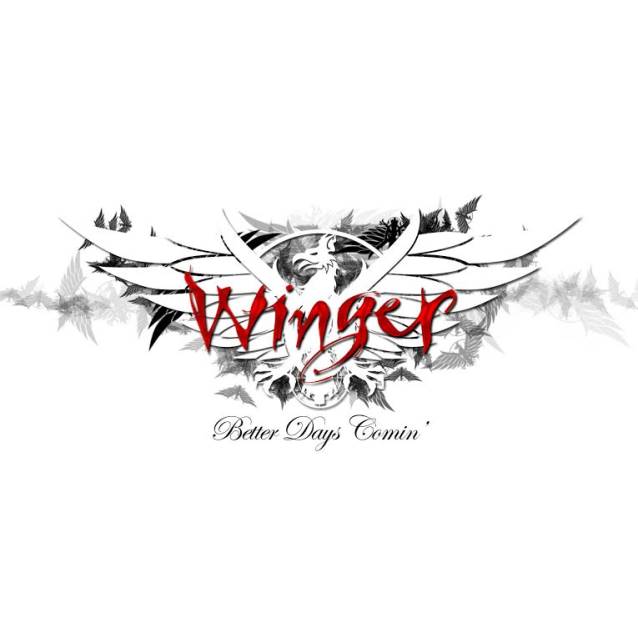