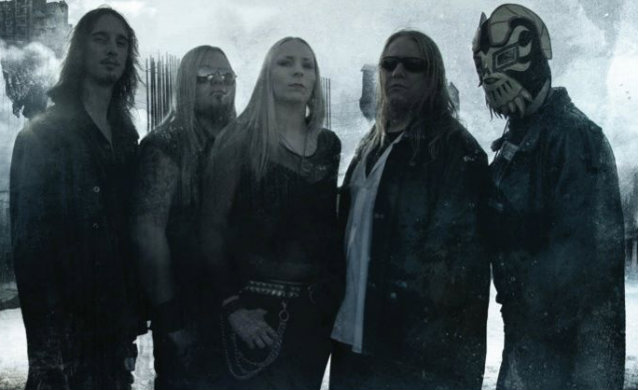 "Wasted Feelings", the new video from British symphonic metal upstarts WINTER STORM, can be seen below. The track is taken from the band's second album, "Within The Frozen Design", which was released in November.

Comments WINTER STORM vocalist and guitarist Hannah Fieldhouse: "The album is based on the concept of universal design and a being who is designing his own world, which he thinks he has complete control over. However, as the story of the album unravels, he realises it was mere coincidence and he has no control and spirals into madness...

"The song 'Wasted Feelings' is a heavy and fierce song to kick off the album, and we chose this song for that reason. The song is about having feelings on a situation that appear to mean nothing to anyone else, but also relates to this being designing his own world and being able to see into others 'thoughts.'

"We shot the video at the Academy Of Music And Sound in Birmingham, and our drummer Will Stokes was responsible for a lot of the filming and editing all the footage."

Following on from WINTER STORM's debut, "Serenity In Darkness", the band has forged songs of beauty and elegance with a raw, unbridled power that results in a captivating listen.

Formed in 2008, WINTER STORM began getting a firm grip on their sound following some stellar support slots alongside the lines of ALESTORM, SIRENIA, THEATRES DES VAMPIRES, TO-MERA and Sarah Jezebel Deva, to name but a few. 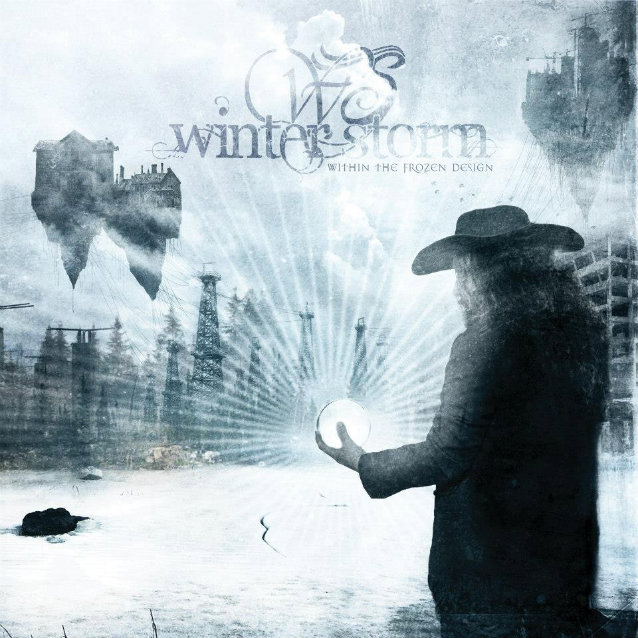