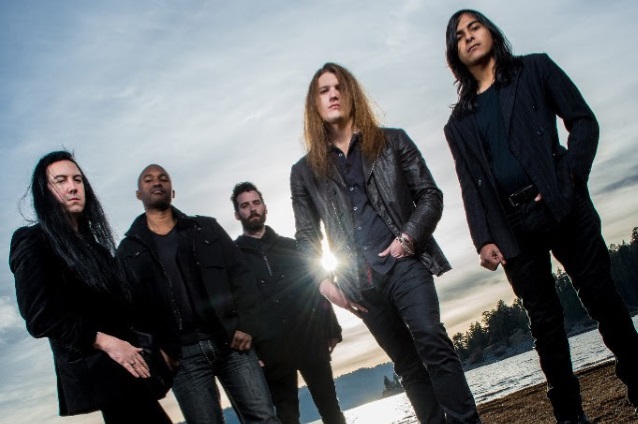 U.S. epic metal shooting stars WITHERFALL will enter the studio later this month to record their second album, titled "A Prelude To Sorrow". The follow-up to "Nocturnes And Requiems" is tentatively due in early November via Century Media Records.

The band comments: "WITHERFALL have finished writing and are deep into pre-production of our second LP. On 15 May, WITHERFALL will head into the studio to self-produce our follow-up to 'Nocturnes And Requiems'. Tracking and engineering wizardry will be handled by JJ Crews at Boogie Tracks studios in Panama City. The compositions are both melodically violent and beautifully aggressive with a much darker tone than 'Nocturnes'. More news to follow..."

Krisitan Wåhlin, who has painted the hauntingly beautiful cover artwork of "Nocturnes And Requiems" and who is known for his work for bands as KING DIAMOND, TIAMAT, DISSECTION and many others, is already working on the cover for "A Prelude To Sorrow".

WITHERFALL stirred up the international scene with its unique approach of combining epic metal with dark heavy metal and complex yet catchy progressive metal to style that reminds of early CRIMSON GLORY, the "Conspiracy"/"The Eye" era of KING DIAMOND and the great achievements of bands like NEVERMORE, FATES WARNING and QUEENSRŸCHE.

WITHERFALL 2018 lineup (from left to right in photo):