"Forgiven", the new video from the Dutch female-fronted goth rock band WITHIN TEMPTATION, can be viewed below.

WITHIN TEMPTATION has just released the "Forgiven" single. The track listing is as follows:

WITHIN TEMPTATION will release a brand new double-DVD, titled "Black Symphony", on September 22. It will also be available as a double-CD and a special Blu-Ray disc.

The band's most ambitious staging to date, Black Symphony was a unique concert at Rotterdam's Ahoy Arena on February 7, 2008. Sold out months in advance, the show featured WITHIN TEMPTATION performing to 10,000 fans with the 60-piece Metropole Orchestra and a 20-voice classical choir, as well as on-stage stilt performers, costume changes, and an array of stunning pyrotechnic and lighting effects. The colossal production extended to Europe's largest video screen (a massive 400 sqm), reaching across the entire width of the stage, and 14 full HD cameras. Special guests on the night included Keith Caputo (LIFE OF AGONY), Anneke van Giersbergen (ex-THE GATHERING), and George Oosthoek (ORPHANAGE).

In addition to the Rotterdam concert, a plethora of bonus content and extensive behind the scenes footage will be included. Although full details will be made available at a later date, it is likely to feature the band's 2007 year-end show at the Beursgebouw in Eindhoven, of which one highlight was an exclusive acoustic set. 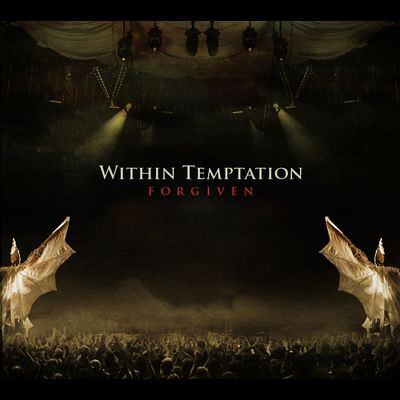