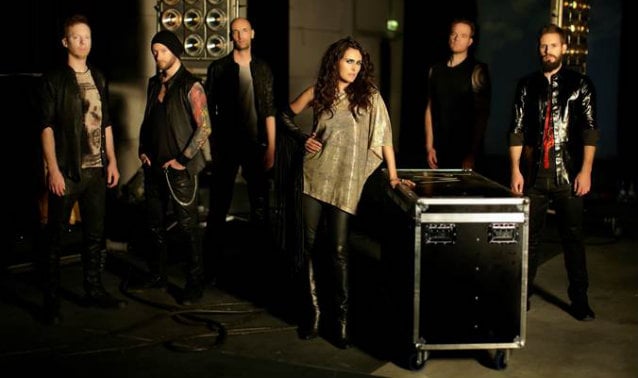 Dutch symphonic rockers WITHIN TEMPTATION will celebrate the February 4 North American release of their new album, "Hydra", with a special listening party at The Joint, 8771 Pico Boulevard, in Los Angeles, California on Friday, January 24 at 9 p.m. The event, which is open to the public, will be attended by vocalist Sharon den Adel and guitarists Robert Westerholt and Ruud Jolie of WITHIN TEMPTATION.

Fans are invited to attend and meet Sharon, Robert, and Ruud, listen to "Hydra" in its entirety, and take home a Nuclear Blast grab bag.

"Hydra" will be available in several luxury formats. The cover artwork was created by Romano Molenaar ("X-Men", "Batman", "The Unforgiving"),and can be seen below.