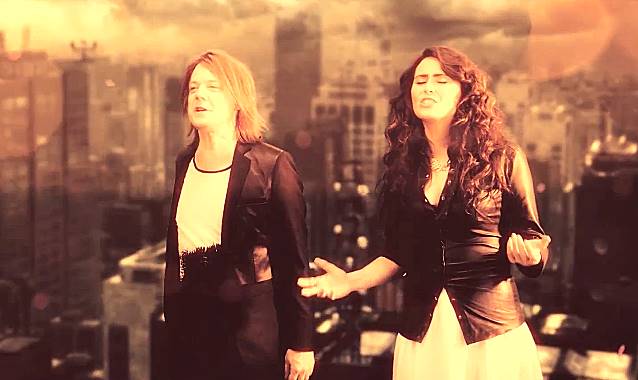 "Whole World Is Watching", the new video from Dutch symphonic rockers WITHIN TEMPTATION, can be seen below.

"Whole World Is Watching", the third single from WITHIN TEMPTATION's new album, "Hydra", features a guest appearance by SOUL ASYLUM frontman Dave Pirner. It is a power ballad about facing and conquering your fears.

"When we wrote 'Whole World Is Watching', Dave was at the very top of our list," said WITHIN TEMPTATION singer Sharon Den Adel. "He has such a captivating voice: it made the song exactly how it needed to be."

"Hydra" will be released in North America on February 4. The album will be available in several luxury formats. The cover artwork was created by Romano Molenaar ("X-Men", "Batman", "The Unforgiving").