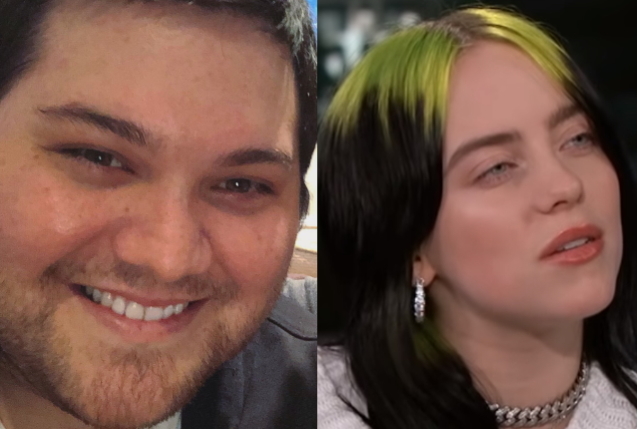 According to The Pulse Of Radio, older rock fans have taken Billie Eilish for recently revealing that she doesn't know who VAN HALEN is. The 17-year-old alternative star admitted her lack of knowledge during a recent interview with Jimmy Kimmel, where the host quizzed her on various musical acts. He asked, "Can you name a Van Halen?" Eilish responded, "Who?" Kimmel retorted, "I'm gonna start crying."

The clip caused an uproar on Twitter, despite the fact that Eilish was only 10 when the last VAN HALEN album came out in 2012.

Eilish was 13 when VAN HALEN played its most recent concert, in October 2015, and the band seemingly has no plans to play any more in the near future. Rumors have also been rampant lately about guitarist Eddie Van Halen being in poor health.

Eilish, who was born in 2001 and is currently nominated for six Grammy Awards, has also never heard of Huey Lewis, RUN D.M.C. or Cabbage Patch Kids.


Music is supposed to bring us together, not divide us. Listen to what you want and don’t shame others for not knowing what you like.