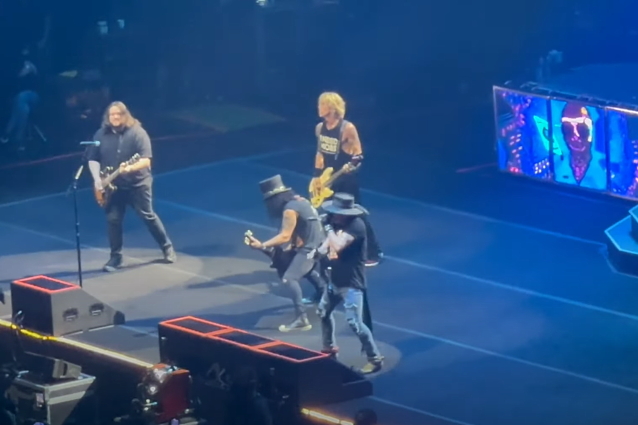 In a recent interview with AL.com, Wolfgang stated about sharing the stage with GUNS N' ROSES guitarist Slash every night: "I love just watching him and how effortless he makes it seem, everything he does. It's always fun to just watch somebody like that do their thing, because you never really get to see it much and so being able to see it every night, it's a treat, for sure."

A couple of months ago, Wolfgang told Ultimate Classic Rock that GUNS singer Axl Rose had hugged him when they first met. "He told me that he really liked [the MAMMOTH WVH song] 'Don't Back Down' and that he really liked the video. I couldn't believe it. He was a really sweet guy. The other day, Duff [McKagan] came to our dressing room and he's a sweetheart as well. He was telling us how Axl said that 'Don't Back Down' is just straight fuckin' rock and roll, and I thought that was the biggest compliment I could have heard. It still feels like a dream."

MAMMOTH WVH's tour as the support act for GUNS N' ROSES is scheduled to conclude tonight (Sunday, October 3) with the second of a two-night run at Seminole Hard Rock Hotel & Casino in Hollywood, Florida.

The band made its television debut in February, performing "Distance" on "Jimmy Kimmel Live!" and running through an exclusive acoustic arrangement on "Today". 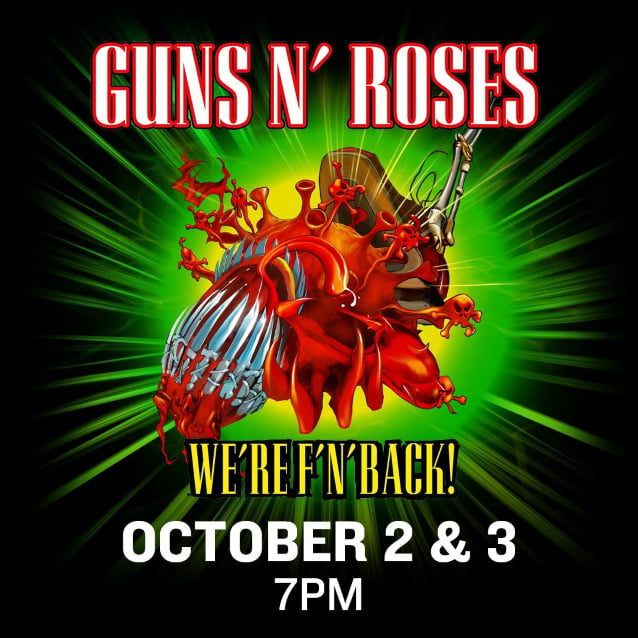