German melodic death metal newcomers WORDS Of FAREWELL have posted the track "In Fiction", taken from their new four-track promotional CD "From Now On...", on their MySpace page.

WORDS Of FAREWELL is currently writing material for its debut album, to be recorded in 2009.

According to the band's official bio, WORDS Of FAREWELL's music, "which is unique due to its focus on epic passages and progressive, melodic elements instead of hardcore influences, is fairly seldom to be found and might be a pleasant punch in the face for everyone trying to find something different from the norm and a preference on fast paced melodies and profound lyrics." 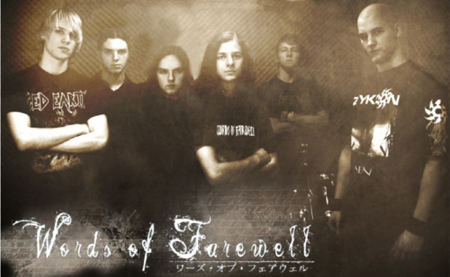