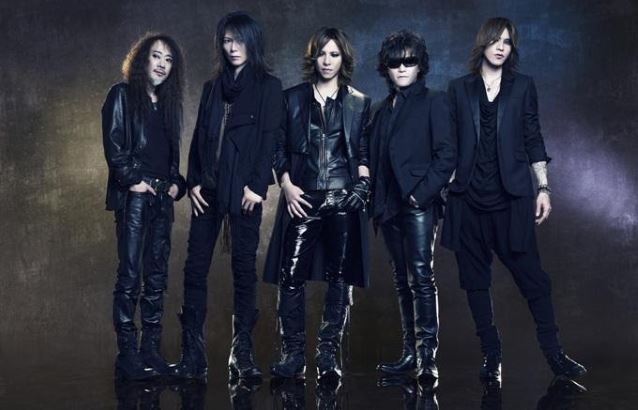 X JAPAN Forced To Postpone Shows Due To Guitarist's Illness

Due to completely unforeseen circumstances, X JAPAN have announced that their show at SSE Arena Wembley, scheduled for March 12, 2016, has now been postponed to March 4, 2017. All original tickets sold will be honored at the new 2017 date.

X JAPAN guitarist Pata was admitted to the ICU at a hospital in Tokyo on January 15. He was diagnosed with a life-threatening condition, which included a severe blood clot. He recently came out of the ICU and his condition has thankfully stabilized. However his doctors do not consider him fit to fly until he has made a full recovery.

After much discussion, X JAPAN has announced a suspension of their current performance commitments, which include the Wembley show. Given the unfortunate circumstances, the release of X JAPAN's new album, scheduled for March 11, 2016, has also been postponed. Expect a rescheduled worldwide release date for their as-yet-untitled new CD to be announced soon.

X JAPAN initially split up in 1997 after playing their fifth New Year's Eve show at the 55,000-capacity Tokyo Dome;they have now sold out the Tokyo Dome a record 18 times. The group reformed in 2007 and have released three singles: "I.V." in 2008, "Jade" in 2011 and "Born To Be Free" in late 2015. They've been touring worldwide ever since — and in October 2014, the group performed their debut Madison Square Garden show in New York before announcing the new album and "We Are X" film releases slated for 2016.