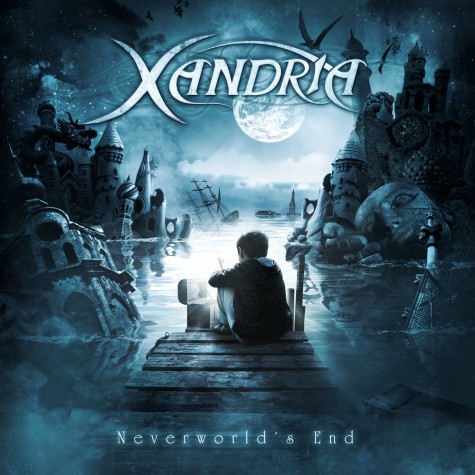 "Bad luck for our bass guitar player Nils [Middelahauve]. Whilst we were playing the most recent shows with EPICA, Nils severely hurt his right forefinger on stage which eventually led to a serious blood poisoning after the last show. Due to this sepsis, he had to undergo surgery twice in the course of the past week, which will now disable him to tour for the upcoming 4-6 weeks. Nils surely is extremely disappointed to not hit the road again in April, but feels comfortable in knowing there is a well-known substitute: XANDRIA's European tour with EPICA and STREAM OF PASSION in April will now be played with SERENITY's Fabio D'Amore, who is happy to fill in on bass guitar for the tour. So, no worries, we won’t miss a single show. Please come out and support Fabio on his spontaneous new endeavor and wish Nils all the best for a return very soon!"

XANDRIA last year took part in the "Out Of The Dark" European tour with VAN CANTO, TRISTANIA, SERENITY and AMBERIAN DAWN.

XANDRIA in December 2010 announced the addition of singer Manuela Kraller to the group's ranks.

Commented Manuela: "My musical life started very late, at the age of 23. In a choir in Finland I discovered singing for me and since then it became my passion. I began to take classical singing lessons, sang in church and gospel choirs and soon I was asked to be a solo singer in choirs, at churchly and also at private occasions. But as I have grown up with metal and rock music I soon wanted to combine it with my classical background. So I started singing rock and metal songs with a friend and also wrote own songs for the first time. Soon after that I joined a metal band called NAGOR MAR (Switzerland) and I also became a singer in the German band HAGGARD, where I had great experiences on stage and on tour. And now a 'new age' has begun for me and I am very pleased to be the new singer of XANDRIA!"

Bischof joined XANDRIA in February 2009 as the replacement for Middelhauve, who left the band in May 2008 for "personal reasons." Lisa stated at the time, "My exit has nothing to do with dispute or controversy within the band. It was just time to split."