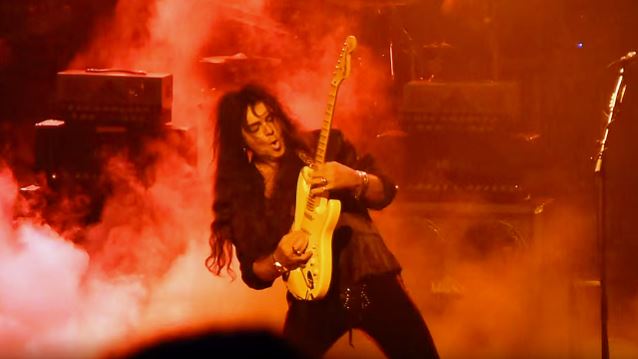 Following the overwhelmingly positive reception to his latest album, "World On Fire", legendary Swedish guitar virtuoso Yngwie J. Malmsteen has announced a spring 2017 U.S. headling tour. Yngwie and his ensemble of top-tier musicians will perform pieces from the legendary neo-classical stylings of "Rising Force" (1984) as well as songs from the fierce "World On Fire", and material from everything in between.

Malmsteen last toured the States in 2016 on the "Generation Axe" tour alongside Steve Vai, Zakk Wylde, Nuno Bettencourt and Tosin Abasi, playing to more than 70,000 people over 27 dates. Now, Malmsteen is hitting the road once again, and the "World On Fire" tour promises to be one of his most explosive yet!

"World On Fire" came out last June via King Records. He told Seymour Duncan about the CD: "I spent two years [working] on it, touring, recording, touring, recording. And that's much, much better, actually, in a way. Back in the day I would write the songs then rehearse them with some musicians, then go and do a backing track and we'd record it, mix it, learn the songs to go play them on tour, then do it all again. That way isn't necessarily conducive to making the best music, y'know what I mean? So in a very, very backhanded way, this weird twist of fate in the music industry has actually made it a more inspiring environment, for me at least. I can write anytime and record anytime. My recording studio is always open, 24 hours. I can just record when I want and it's a beautiful thing." 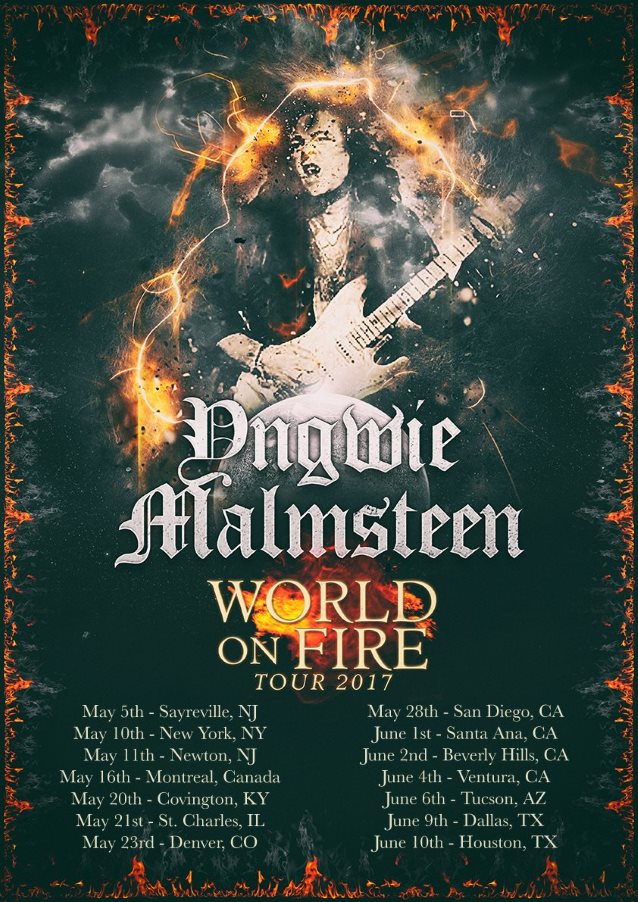