The cover artwork for Yngwie Malmsteen's new studio album, "Perpetual Flame", can be viewed below. Due on October 14, the CD will be the first-ever Yngwie effort to be released via Rising Force Records (distributed via Koch) and it will mark the debut of Malmsteen's new singer, ex-JUDAS PRIEST/ICED EARTH frontman Tim "Ripper" Owens.

Malmsteen will be inducted into Hollywood's RockWalk on Monday, October 13 at noon in front of the Guitar Center at 7425 Sunset Boulevard in Hollywood, California.

Hollywood's RockWalk is the only sidewalk gallery dedicated to honoring those artists who have made a significant impact and lasting contribution to the growth and evolution of rock 'n' roll, blues and R&B. Yngwie Malmsteen's handprints will reside alongside the handprints, signatures, and faces of other equally accomplished musicians and innovators such as Eric Clapton, Carlos Santana, Johnny Cash, Elvis Presley, Bonnie Raitt, Jerry Lee Lewis, Carl Perkins, Marvin Gaye, James Brown, Brian Wilson, Stevie Wonder, John Lee Hooker and EARTH WIND & FIRE, among numerous others.

A short interview with Yngwie Malmsteen conducted at the Rock The Bayou music bash, which was held August 29 - September 1 in Houston, Texas, can be viewed below. 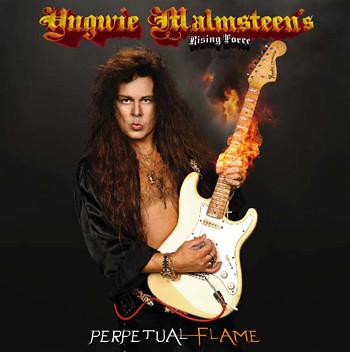