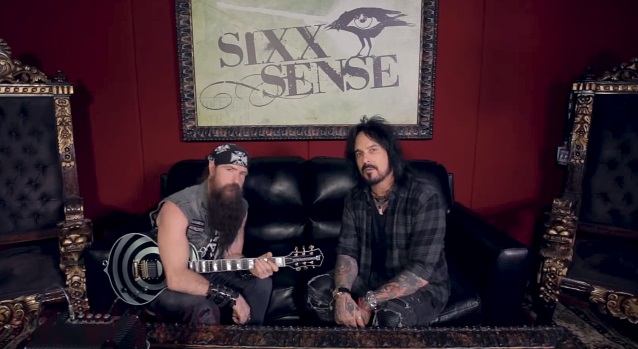 OZZY OSBOURNE guitarist and BLACK LABEL SOCIETY frontman Zakk Wylde is featured in the latest episode of MÖTLEY CRÜE bassist Nikki Sixx's new original video series, "My Favorite Riff With Nikki Sixx". In the episode, which can be viewed below, Zakk plays his signature bulls-eye design as he and Nikki talk about making musical soup and playing for the boss, Ozzy Osbourne. Zakk's advice when it comes to music: don't worry about what other people are doing, do what you like.

Wylde reunited with the iconic BLACK SABBATH frontman for this past summer's tour that marked the thirtieth anniversary of when the two first collaborated together.