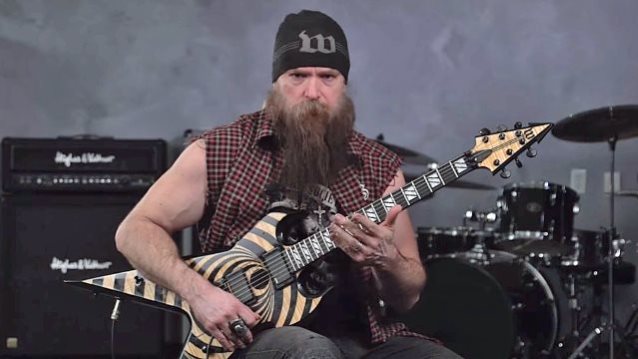 Guitar World has uploaded a three-minute clip of former OZZY OSBOURNE guitarist and current BLACK LABEL SOCIETY frontman Zakk Wylde shredding through a bluesy chromatic lick in E minor. Check it out below.

Wylde will release "Book Of Shadows II" on April 8 via Entertainment One Music (eOne Music). Zakk's first solo release in 20 years is the highly anticipated follow-up to 1996's "Book Of Shadows", a classic album Wylde released between his work with Ozzy Osbourne that has since become a fan favorite. "Book Of Shadows II" was recently named as one of the "Most Anticipated Metal Releases of 2016" via RollingStone.com.