ZZ TOP: 'That Little Ol' Band From Texas' Documentary To Be Released On DVD, Blu Ray And Digitally In February

ZZ TOP's big, brazen blues-rock, combined with a surrealist charisma that continues to intrigue fans, catapulted the band into worldwide stardom. Their history is deeply explored in "ZZ Top: That Little Ol' Band From Texas", which will be released via Eagle Rock Entertainment on DVD, Blu-ray and digitally on February 28, 2020. The release is available along with exclusive "That Little Ol' Band" merchandise bundles from this location now.

It unveils the story of three teenage blues musicians: guitarist Billy F Gibbons, bassist Dusty Hill, and drummer Frank Beard, as they went on to become international sensations. The film traces ZZ TOP's rich legacy, from their bar gig beginnings to their defining MTV era and meteoric rise to fame. In addition to interviews with the band members, the disc features conversations with such high-profile fans as Billy Bob Thornton and Joshua Homme (QUEENS OF THE STONE AGE),as well as never-before-seen archival footage. Shot exclusively for this film, an intimate ZZ TOP performance at the historic Gruene Hall — the oldest dance hall in Texas — is intercut throughout the documentary.

Alongside the film, the DVD and Blu-ray also includes two live performance segments. 18 minutes of the Gruene Hall performance, along with the Ham Estate Archive, which spotlights rare pre-"Eliminator" ZZ TOP concert footage from 1976 and 1981, complete the set.

"I think even our most steadfast fans will find themselves surprised by what they learn about those men behind the beards and cheap sunglasses," Gibbons said of "That Little Ol' Band From Texas". "There we are, up there on the silver screen and it's something we're delighted to share with fans of all stripes."

Currently celebrating their half-century career with extensive tours of both Europe and North America, ZZ TOP continues to inspire fans 50 years after their inception. "That Little Ol' Band From Texas" takes a deep dive into the band's history that's truly an interesting ride. 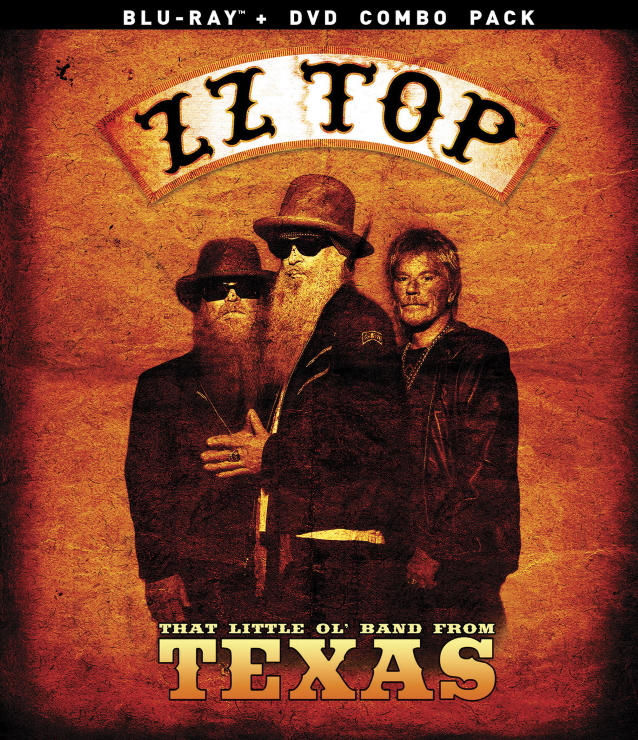