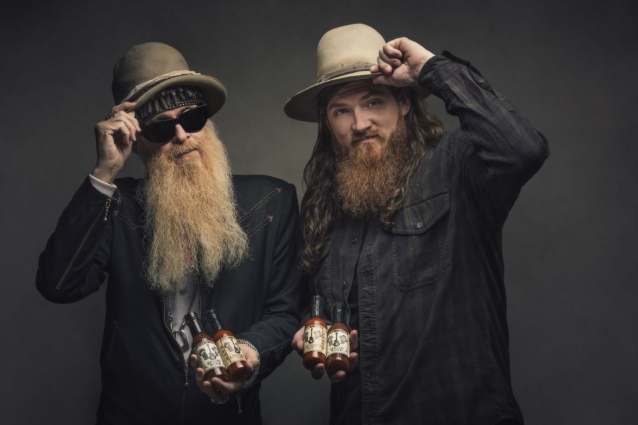 Billy F Gibbons and Tim Montana, known for their guitar sounds and songwriting excursions, have taken their mutual quest for fiery foods, powered by spicy sauces, to a new plateau with the launch of their line of Beez & Teez Whisker Bomb pepper sauces.

The new tongue tantalizers are available in two versions packaged in five-ounce bottles: Whisker Bomb Original and Whisker Bomb Have Mercy ¡HOT! The former is a traditional Louisiana style hot sauce blended, according to Billy and Tim, with a Texas flair; the latter is a unique blend sourced from habañero peppers grown in the Peruvian high desert and offers a distinctive robust tart flavor. Both versions are now offered exclusively in the state of Texas through select H-E-B markets. They are also available, coast to coast and border to border online at www.whiskerbomb.com.

Gibbons commented: "Tim is something of kindred spirt both in music and as regards his lengthy facial locks. As it happens, he's also a Mexican food aficionado and, like me, favors things on the spicy side. It was only natural that we got to jamming, so to speak, and came up with a formula for a hot sauce we could call our own."

Montana noted: "Ever since I got to meet and work with Billy, it's been a wild ride. He's an action-oriented partner so when the thought sprang to mind to joint venture a new pepper sauce, he got the ball rolling in a big way. One of his enduring slogans is 'tone, taste and tenacity.' As it turns out, that applies not only to guitar playing so we're proud that Beez & Teez Whisker Bomb has all three of those bases covered — in a most flavorful way."

Gibbons is, of course, ZZ TOP's celebrated front man/guitar god whose penchant for the picante is the stuff of legend. When not on tour, he's often found frequenting taquerias in his native Texas and wherever his travels take him. A few years back, he joined forces with Montana, who was raised in the state with which he shares his name. Their initial collaboration took place in Nashville where Tim now resides with his family. That collaborative effort yielded a hit country song "This Beard Came Here To Party". The song became the post season anthem for the 2013 Boston Red Sox who adopted the same hirsute look as Gibbons and Montana as a sign of their dedication. They went to win the National League playoffs and the World Series that year. In musical support of the Red Sox, Tim re-recorded the song as "These Beards Came Here To Party" with Gibbons guesting on the track. The song was also adopted as the theme of the NHL Nashville Predators during their run up to the Stanley Cup final in 2017. Beyond that song, Billy and Tim (Beez and Teez, if you will) have become fast friends and collaborated on the title song for the feature film "American Dresser" before launching their Whisker Bomb venture.

Mark Bradshaw, manager of business development for H-E-B, remarked: "We're thrilled that H-E-B is the exclusive retail outlet in Texas for Whisker Bomb sauces. Billy and Tim have come up with a great new hot sauce that we're confident is going to be yet another reason to shop at H-E-B." 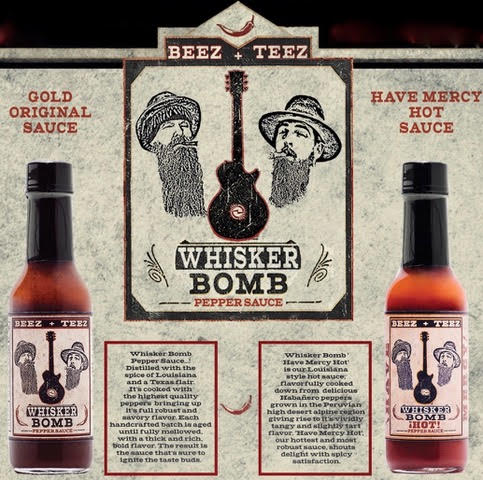