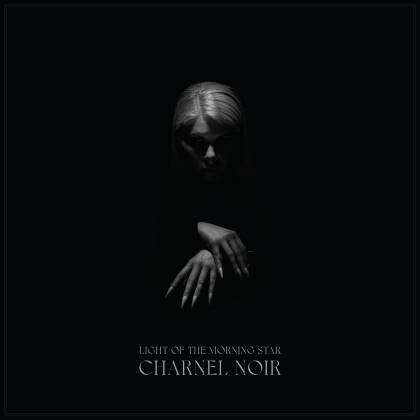 LIGHT OF THE MORNING STAR

The sounds and style of the '80s post-punk and gothic movements have been plundered remorselessly in recent times. It makes perfect sense, because seldom has there been a genre that goes so stoically against the contemporary, future-chasing grain. But unlike many of their perfectly great, retro-gloom peers, the UK's LIGHT OF THE MORNING STAR exude authenticity and a real, near-chewable connection between the noises being made right here, right now, and the spectral echoes of the purest of gothic bloodlines. Like all the best gothic music, this makes the unknowable dark seem a deeply attractive proposition.

There is an endearingly lo-fi edge to the clattering, programmed drums that propel the opening title track along. Combined with the eerie sting of blackened riffing and ice-cold, cavernous reverb, what emerges is hypnotic, viciously direct and underpinned by a straightforwardly superior slab of ice-hearted gothic rock. "Our Night Hours" takes things at a slower pace, but the atmosphere remains dread-heavy and devoid of nourishing color, as a blank-eyed vocal skims across glacial, post-industrial slither. "Ghost Moon" connects the dots between the club-goth pulse of early SISTERS OF MERCY and the cascading grimness of second wave black metal, reveling in the warped, mental-mirror images that such a collision inspires. There is also room for occasional bursts of grim theatricality: in particular, "Lid of a Casket" has a twinkle in its heavily mascara'd eye, as simmering pipe organ powers a ghoulish slow-motion funeral march, while "The Endless Procession of the Guillotine" is every bit as gleefully macabre and preposterous as its title suggests.

Although squarely aimed at those with an unerringly gothic disposition, "Charnel Noir" does boast at least one song with genuine crossover potential. Admittedly, "Spectres" is resolutely dark as all blasphemous fuck, but it's also an old-school goth rock stomper with an incisive chorus refrain and some pleasingly kitschy, blood-soaked keyboard flourishes. The closing "Fangs in the Tree of Life" feels similarly expansive, adding flashes of restraint and dynamic finesse to the rest of the album's myopic morbidity and post-everything wall-of-sound.

So yeah, this is absolutely one for the diehard goths, but any fan of deep, meandering and malicious dives into the shadows should find plenty to be harrowed and haunted by here.