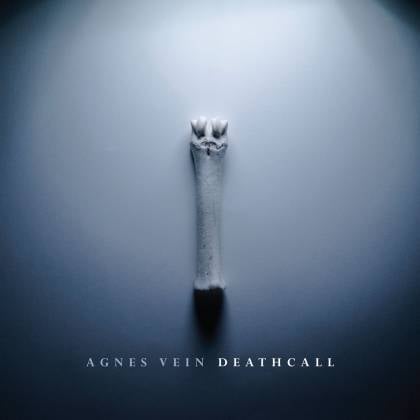 Heavyweights of the Greek underground, AGNES VEIN have been all but silent since 2013's sophomore effort "Soulship", with only an excellent split release with fellow countrymen SADHUS, released in 2016, to confirm their ongoing existence. Judging by the music on "Deathcall", the queasy morbidity that informed the band's first two albums has not diminished over time. What has changed is that their sound has grown in depth and stature, while also suddenly seeming incredibly timely and in tune with multiple metal zeitgeists.

Self-evident students of the notion that heaviness is a matter of feel as much as it is a brutality pissing contest, AGNES VEIN erupt in slow-motion dismay on the opening title track, before tearing off at a breakneck pace: a scabrous and crusty onslaught of blackened pummel, it duly mutates into the mother of all swamp-borne sludge riffs, before shifting gears yet again and grinding to a violent, cacophonous climax. It's a sublime piece of genre blending that feels driven by some restless supernatural force, rather than three hairy blokes from Thessaloniki. In a typically obtuse move, "Vultures Hymn (Praise Bounteous)" begins as a ghoulish, SABBATHian rumble; tar-thick layers of reverb elevating its caveman groove to eerie, atmospheric heights. It ebbs and flows with mounting drama, before spiraling to a riotous close, every last moment dense with melancholic import. Again, AGNES VEIN have pulled off some very subtle but tangible magic here, with old-school tradition and a more liberated vision given equal space. You could call it doom, you could call it post-metal — neither tag truly fits, and "Deathcall" is all the more fascinating as a result.

The album's unspoken centerpiece, "Sovereign Star", takes its creators' sound into orbit, a wild and psychedelic instrumental section providing vivid contrast with the avalanche of murderous sludge that precedes it. "They Who Neared The Portals" is a more tempestuous beast, with an angular, lumbering gait and a lobotomized, deathly coda, and "Rara Null" is all spidery doom riffs and funereal ferocity. Closer "The Golgotha Entanglement" is the best of the lot, and not purely due to its splendid title. Windswept and sun-scorched, like the soundtrack to some foul, infernal spaghetti western, it's a ten-minute encapsulation of AGNES VEIN's strident evolution in the years since their last full-length. It's evocative, gripping, esoteric and so heavy it may make you cry a little bit. Much like the rest of this excellent, soul-ruining piece of musical darkness.