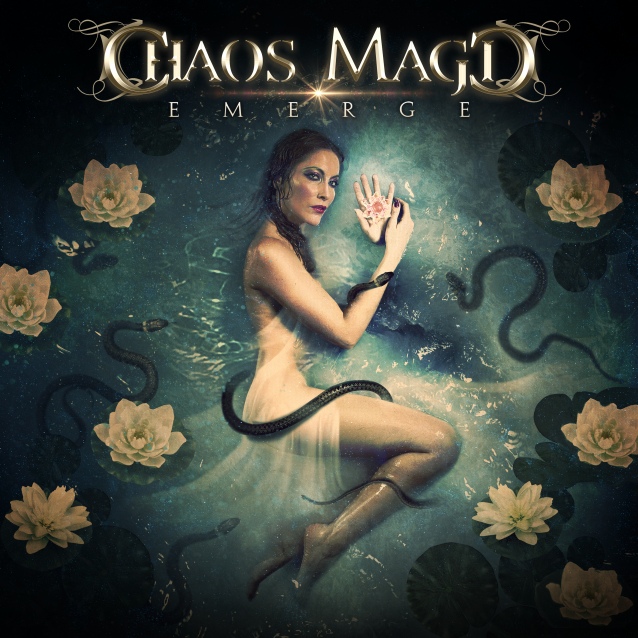 Originally masterminded by former STRATOVARIUS guitarist Timo Tolkki, CHAOS MAGIC have already proved themselves to be a solid addition to Frontiers Music's increasingly impressive roster of metal acts. Led by charismatic and versatile vocalist Caterina Nix, the Chilean crew began their story with their 2015 sturdy, self-titled debut and followed it up four years later with the excellent "Furyborn", wherein Nix's songwriting partnership with multi-instrumentalist Nasson really began to take flight. A symphonic metal band with room for stylistic manoeuvre, CHAOS MAGIC may have begun as a simple showcase for their frontwoman's voice, but "Emerge" provides evidence that something a little more intriguing is developing. Essentially a symphonic metal band with a highly effective alt-rock streak, they spend most of their third album delivering majestic, pop-tinged anthems, with Nix's voice front and center at all times, and a steady stream of subtle but inspired musical ideas lifting even the most straightforward songs to a more charming level.

The opening title track is a great way to introduce CHAOS MAGIC to the merely curious. Despite a chorus large enough to flatten Disney's magic castle, it immediately establishes the gently subversive nature of this band's superficially textbook sound. The florid NIGHTWISH indulgences have been replaced with a sharper, more futuristic sheen, and just as obvious peers like DELAIN and AMARANTHE have done in the past, CHAOS MAGIC sound emboldened by the shrugging off of cliché. Elsewhere, frequent bursts of jittery, interstitial electronics, a blistering solo from guitarist Mario Torres and some surprisingly gruesome riffs turn "Days Of Lions" into a darkly tempestuous triumph that feels tethered to both old- and new-school symphonic values. In contrast, "In The Depth Of Night" is two parts gritty, hard rock rampage to one part slick, AOR-tinged pop banger; while "The Impossible" brings classic prog metal pomp and tranced-out synths together and moulds them into something approaching pop-metal perfection.

CHAOS MAGIC still have some progress to pursue before they release an album that will thrust them to the symphonic metal forefront, but "Emerge" has so many classy and smart moments and Nix's voice is so consistently bewitching that some kind of breakthrough must be looming over the horizon.