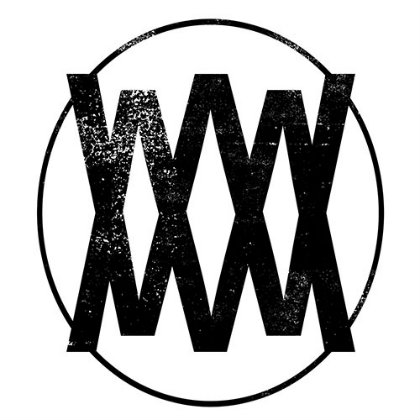 From the MR. BUNGLE school of weird comes British maverick Ginger Wildheart, best known for his time in THE QUIREBOYS, THE WILDHEARTS and HEY! HELLO! as well as riding shotgun with HANOI ROCKS singer Michal Monroe. Wildheart has issued the caveat that his exploratory noise metal project MUTATION is something his fans probably won't dig. To say MUTATION is left of center from Wildheart's usual repertoire is like saying beer and Cheerios in one sitting is daft, but strangely possible. Fortified by guest spots from NAPALM DEATH bassist Shane Embury, THE FALL's Mark E. Smith and Japanese noise savant Merzbow, the MUTATION prospect grows more appetizing and guess what? It's a freaking blast.

Wildheart, with his stable players Denzil (drums) and Jon Poole (bass) play their album "Error 500" like they have nothing to lose (including Wildheart's fan base) and in turn, the trueness to delivering art instead of fluff should gain Wildheart even more listeners, even if they may come from some pretty quirky corners.

The opener "Bracken" swings a mace of pounding lunacy set at fast and faster revolutions along with the skidding shout-outs of "Jump! Jump it! Jump it! Jump it! Jump it!" that will guarantee to rattle even the most placid listener. Working primarily in a mosh groove, "Bracken" has a tendency to burst back-and-forth into dizzying (and frequently breakneck) tempo switches including quickly sieved frolicking interludes in-between the chaos. If you feel like you've stepped into a one-ring circus of metal mutants, that's probably Ginger Wildheart's intent.

There's so much going on in "Bracken" the following song "Utopia Syndrome" almost feels like relief, albeit it's only a short reprieve. The kick-stepped jive of "Utopia Syndrome" is an easy grabber even with distorted note jerks guiding the shuffling taps of the verses. The song grows loud as hell on the boisterous, banging choruses and the grumbling outro. Afterwards, "White Leg" keeps the heavy bob going with filtered guitar screeches manifesting through the buzzing bass licks and an unrelenting beat through the first few bars before the scheme changes altogether and throws the song into noise-grind hell. Along the way, Wildheart turns classic prog on its ass with a couple of gusting organ interludes that get metalled up and ultimately squashed with successions of grind and pogoing hardcore. As with "Bracken", all of it is delivered in such quickly-minced rotations you'll need to keep your ears attuned all the way.

The constant bass chucking effects of "Protein" ultimately leads to a straightforward tempo with fills of static and coldwave taking it home and leading into "Mutations". Here Wildheart, along with Merzbow, digs in with electro-blipping nuttiness and a pseudo dance slide that first carries a Mike Patton-esque series of note scales before letting his subliminal vocal tracks scatter into a digitized ether. Perfectly plotted is the subsequent song "Computer, This is Not What I…" which rolls along on a killer set of riffs, scales and bangs before Wildheart sends the track into places not even DEVO, much less ATARI TEENAGE RIOT's yet conceived. As if sending TRON onto a grindcore motherboard and seeing if the system can hold or if it will defrag, Wildheart materializes a new Grid where users not only rule, they dick with the CPU until someone screams "End of Line".

Later in the album comes its bastard offspring, "Sun of White Leg", which turns a nifty MR. BUNGLE trick as a pop-fused jibe at prog rock complete with chiming bars of effervescence that manifest amidst the huffing plows of fury. Wildheart's woofing on the verses is so keen and concentrated it carries a gruesome pentameter, and its effluence is swept into sugary meadows that you hardly see coming down the song's mucky pipeline. Then Wildheart turns the nuttiest gambit on the album with yet another roast of prog on "Innocentes in Morte". Here, Wildheart churns impossibly fast organ and guitar scales in the vein of YES and EMERSON, LAKE AND PALMER with a mocking rap line planted alongside the note flurries. Before it becomes too much sensory overload, "Innocentes in Morte" slows down into somber furrows on the choruses, but at first you're too busy laughing at the in-joke of the song to take the intended allotment for catching your breath.

Yes, this album requires a few listens, but it's a grower and MUTATION's power and savviness soon become well-evident. Finding a home with Mike Patton and Greg Werckman's Ipecac Recordings, the coupling is a natural fit. MR. BUNGLE is a subtlety playing at work in Ginger Wildheart's cheeky metal madhouse, but most of this comes from an uncanny if prolific station most of his fans likely never knew lurked inside of him. What he comes up with on the closing number "Benzo Fury" (as in the drug 6-APB) to convey a claustrophobic sense of collapse and collision at the end of a so-called legal high is incredible. Thus, MUTATION posits that Wildheart's musical mind has more than a few scary portals to peek into.