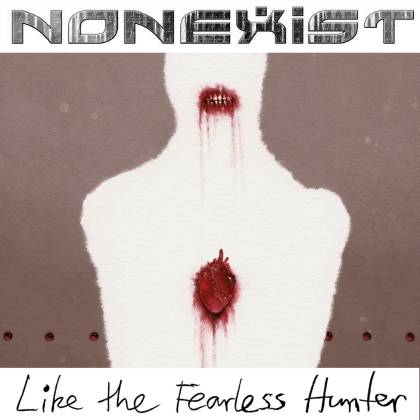 NONEXIST has always been a project that danced in the realm of comfort-food melodeath, whose main creative force has primarily been guitarist Johan Reinholdz — now also a member of DARK TRANQUILLITY. But a large portion of that comfort, from founding through to 2015's "Throne of Scars", was from original ARCH ENEMY frontperson Johan Liiva. Reinholdz's latest record sees him moving forward as a one-man project, juggling his usual instrumentation duties while also stepping behind the microphone, supplemented by a few guest appearances from a who's who of the Swedish melodeath scene. There's still plenty to revel in, though the weight of being a fully one-man project does appear here to be a bit heavy at times, and that weight is accentuated by sequencing issues.

Album opener "Strictly Sadistic Intent" is a solid greatest-hits style mashup of melodeath hallmarks. Reinholdz shows off the guitar skills that have made him a strong pick for the DARK TRANQUILLITY gig, and it is evident that the moments of six-string flash and melo-shred will be what truly drives the record. His vocal performance is a step down from Liiva's barks, however, he does a great job hitting the prerequisite growling shouts that fuel a record such as this while showing off his ability to write a catchy melodeath slab.

Sequencing issues rear their head early on though. "Together We Shall Burn" sees Reinholdz dipping his toes into an industrial-metal trudge, both musically and vocally. Short-shock rhythm riffs that seem ripped from the FEAR FACTORY playbook are competently executed and Reinholdz still brings the shred when it's time for the solo, but this early into the record the track is a bit of a hard-left turn. The pace picks up in a big way on "Dark Satanic Mills", as Reinholdz puts together an energetic dirty ripper of a track that could have been at home on any hardcore-oriented Tomas Lindberg side project. That pace dissipates quickly on "Emerging From a World Below", which has moments of mid-tempo stomp that seem a little out of place, though once again, when it's time for the solos, Reinholdz is genuinely great.

The tracks where Reinholdz veers off on a tangent seem like they might come off more organically if peppered throughout the record instead of front-loaded on the A-side, as listeners looking for really strong moments of melodeath are served plenty of them beginning with the furious rip of "Litany of Poison". This sets up the album's remaining two-thirds to turn out much stronger than the first half, as the B-side of the record is full of tracks where Reinholdz mostly just lets his guitar rip. "Fear Corrodes the Soul" is an instrumental track that is full of equal amounts of melodeath guitar greatness and haunting atmosphere thanks in part to stellar keyboard work. "A Meditation upon Death" sees his guitar work veering into a beautiful run of neo-classical shred, while staying grounded in gritty thrash. The remainder of the record is bolstered by Reinholdz simply seeming content to shred.

DARK TRANQUILLITY fans that were not already familiar with his work with NONEXIST — or his work in ANDROMEDA — may have seen Reinholdz's name pop up in recent news about the band, and will likely poke their head in here to see what he has to bring to the already-vaunted band. His guitar work will surely dazzle those new fans and show why he deserves the new gig, as long as they are willing to slog through the trenches of the album's early stumbles.