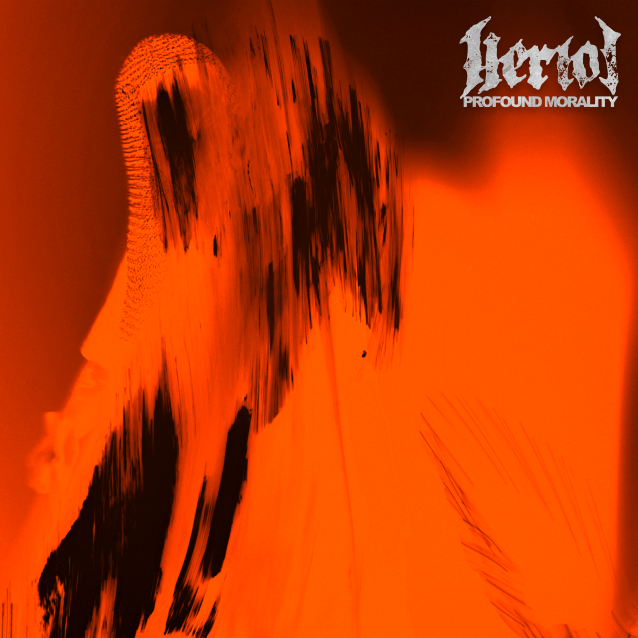 There are lots of exciting things happening in UK heavy music right now, and HERIOT can be added to that list without hesitation. "Profound Morality" is a very modern, post-everything piece of work. Hewn from various excoriating elements of extreme metal, hardcore, post-rock and industrial, this is a 21-minute slap to the side of the head that will have your ears ringing for days.

It is particularly satisfying that HERIOT bear little resemblance to anyone else, even at this early stage of their development. There are certainly shades of the familiar here and there, but the overwhelming impression is of a band with an inexhaustible supply of great ideas, and gallons of venom in the tank. The core of this record comprises short, spiky bursts of churning, atonal hardcore that are heroically pitch-black and bereft of hope. "Carmine", "Near Vision" and "Enter the Flesh" are sonically dense and unrelenting, dominated by rhythmic violence and, pleasingly, unafraid to stop when everything has been said. The slightly longer likes of "Coalescence" and "Profound Morality" are built from the same raw materials, but with their counterparts' claustrophobia replaced with a more spacious, texturally ingenious squall of noise. Meanwhile, eerie overture "Abaddon" and the amorphous "Abattoir" echo the outer limits of industrial and dark ambient music, with the latter being a particularly startling excursion into experimental sound design that, if you screw your ears up tightly enough, sounds like THE HAXAN CLOAK remixed by MERZBOW. Even more disquieting, quasi-interlude "Mutagen" reduces HERIOT's music to a syrupy wash of disembodied static and hum.

It is worth noting that nothing on "Profound Morality" is entirely unprecedented, and there are plenty of new (or new-ish) bands out there, devising more new ways to evade the Genre Police via walls of grotesque noise. But HERIOT have made every second of their debut count, and the sound of a band with lofty creative goals is unmistakable. This is a mesmerizing start to what promises to be a wild and deafening ride.