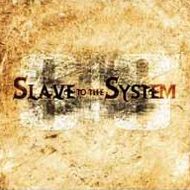 SLAVE TO THE SYSTEM

Slave to the System

Call me crazy, but I have the feeling a QUEENSRŸCHE and BROTHER CANE meeting-of-the-minds was about as excitedly hoped for by the general public as a Bea Arthur sex tape. And why is it that when a band of faded rock stars does their "hip, new, fresh" side project, someone in the photo always has to wear those retarded tinted wraparound shades? I'll bet you a stack of SAMANTHA 7 CDs against your 58 and BRIDES OF DESTRUCTION collection that at least one of these guys, disregarding the entire twisted delete-bin wreckage of the CMC Records catalog, is thinking "yeah man, this is gonna put us back on top of the charts!" You don't find optimism that high-grade at the Special fucking Olympics.

Okay, enough cheap shots. BROTHER CANE was always an underrated band, and Damon Johnson's got a great voice, somewhere between bluesy grit and AOR polish. This is a straight-up, solid, inoffensive hard rock record with the occasional unfortunate tendency to mimic AUDIOSLAVE (see "Ragdoll" and the unfortunate "Cruze out of Control"). When the band isn't swinging from the nuts of Chris Cornell, they acquit themselves fairly well with some hard-driving, hooky, if ultimately faceless rock and roll anthems.

SLAVE TO THE SYSTEM are most effective on the slower, more heartfelt and introspective stuff, like "Live This Life" — music that sounds, in all honesty, not too far removed from the late '90s QUEENSRŸCHE stuff everyone bitches about. (Between this and Geoff Tate's solo album, it ought to at least be apparent to even the most optimistic old-schooler that no one in the band is jonesing to go back to their power metal roots.) Even here, though, there's this congenial blandness — listen to ballad "Abyss" and try to picture any one of fifty bands turning it in as their radio single. It's not hard to do.

I have no doubt that the intentions of Messrs. Rockenfield, Gray, Glick and Johnson are pure here, regardless of what they think the record might do in the marketplace. Hell, if you're thinking of "Q2K" or "Hear In the Now Frontier" only, the music of SLAVE TO THE SYSTEM isn't much different from either QUEENSRŸCHE or BROTHER CANE. Maybe writing CANDLEBOX ballads (see "Leaves") and second-tier hard rockers is a blast, or maybe these four guys just really like hanging out and haunting the studio together.

Regardless, the results are squarely in the "footnote to history" category, destined to occupy the bargain bin next to SOULMOTOR, METHODS OF MAYHEM and that record where the BULLETBOYS went grunge. Nice try, nothing that blatantly sucks, but I think it's safe to say no one's starting their Top Ten of 2006 lists just yet.