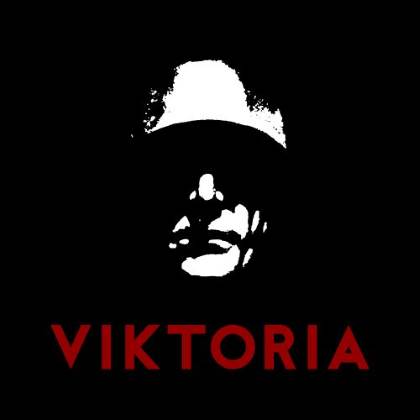 If you look at a recent shot of MARDUK, that's no peace sign being waved in your face, but the sign of victory. Like Spy vs. Spy or in old time war. The black metal legends have always had a fascination with war, in particular German combat. Hence, you can be your own judge if its glorification or historical account on the band's grueling 14th album, "Viktoria".

Per guitarist Morgan"Evil"Håkansson in a Loudwire interview, "Overall, I would say we have a fascination with the whole war machine”. In MARDUK's case, World War II era German machinery is a big lure, hence the band’s 1999 album, "Panzer Division Marduk". The band's obsession with this has drawn controversy, even accusations of buying propaganda from the Swedish-based Neo-Nazi organization, the Nordic Resistance Movement. Said claims were officially refuted by the band.

Repetitious chord patterns are sent at full intensity through the opening track, "Werwolf", which is based on Heinrich Himmler's resistance operatives assigned to infiltrate Allied lines—code named "Operation Werwolf”. The fret plunging moans of the guitars on "Equestrian Bloodlust" are equally ferocious, while the blasting rage of "June 44" (i.e. the Battle of Normandy) are cataclysmic enough to give full voice to the din of warfare. If you're a MARDUK vet, this is all nothing new.

"Narva" (referring to the historic battles between Sweden and Russia at the dawn of the 1700s) and "Tiger I" (as in Wehrmacht heavy tanks used in European and African campaigns) will summon blood to the ears while wringing more through freshly blasted cavities. No MARDUK album leaves you unscathed.

Issuing its mission statement to become "the most blasphemous band in the world" nearly 30-years ago, MARDUK staged warfare against Christianity, but that pales in comparison to their fixation upon World War II. Air raid sirens and spelunking bombs scattered into MARDUK's customary claustrophobia sends "Viktoria" on a violent spiral through the band's fiendish portals.