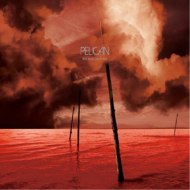 What We All Come To Need

PELICAN has become one of the very few known quantities in the instrumental rock/metal world and, based on album sales alone, is certainly one of the most successful. They've also become critical darlings, and rightly so, thanks to albums like "Australasia", "The Fire in our Throats will Beckon the Thaw", and "City of Echoes", all released on Hydra Head. But can there be too much of a good thing and even if there can't, can PELICAN continue this successful run and make albums with kick? The answer can be found in the music of "What we all come to Need", the act's Southern Lord debut.

The answer is that "What we all come to Need" is another demonstration of how a band goes about making instrumentals that keep the listener hooked and without serving as a sonic sedative. It does not however better previous efforts and at times its 50 minutes drags, as the act has not gone in new directions. The exception is the first ever appearance of vocals on a PELICAN album. Allen Epley (SHINER, LIFE AND TIMES) adds his dreamy singing to "Final Breath", the result an interesting and decent enough detour that is largely without distinction. The lyrics on the song were actually inspired by the Robert Burns poem "A Red, Red Rose". Greg Anderson (guitar on "The Creeper"),ISIS' Aaron Turner (guitar on the title track),and HELMS ALEE's Ben Verellen (bass on "Glimmer") make guest appearances as well.

God forbid anyone suffer a massive coronary from an assessment that does not put "What we all come to Need" on a pedestal. The commentary above is, after all, contextual. In other words, relax, PELICAN has released another worthwhile album and many will undoubtedly dub it a new-level masterpiece, even though I'm not one of them. It is simply another example of the band's knack for weaving melody and airiness into otherwise riff-driven compositions in a way that more than makes up for the absence of vocals. For instance, the title track is particularly noteworthy for its main melody. The music as a whole has the ability to paint mental images. Listening is then akin to a passenger that watches through his side window as a view of snowcapped mountains quickly turns to barren desert, often during the same song. As such, the band has also mastered the art of the flow (especially on "Glimmer"),shaking things up to prevent complete hypnosis by incorporation of tough ("The Creeper"),crunchy ("Strung up from the Sky"),and sometimes down, dirty, and chunky ("Ephemeral") riffs. Never overdoing the ISIS style breeziness helps too.

See? That wasn't so heartbreaking, was it? "What we all come to Need" is a mandatory purchase for PELICAN fans. You'll get no argument from me about the quality level; it remains high, just not stratospherically high.