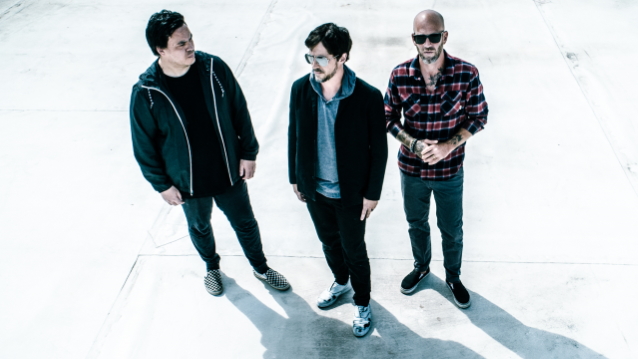 10 YEARS will release "Deconstructed" on March 4 via and Mascot Records / Mascot Label Group. The album will include 19 alternate takes of the band's most popular songs from their 20-year career.

Guitarist Brian Vodinh states: "The idea for 'Deconstructed' started out as just an acoustic performance. Myself and Matt with acoustic guitars, and nothing beyond that in terms of instrumentation. Then, as I was working on adapting some of the songs to an acoustic environment, I started getting these thoughts, like, 'What if this was played on a piano instead?!' Then once we opened the door to further instrumentation things spiraled out of control quickly, and it became one of the most challenging, yet most gratifying projects we have taken on. 'Deconstructed' allows the listener to discover this list of songs all over again, in a new way."

Singer Jesse Hasek adds: "The 'Deconstructed' versions of these songs really hit me in an emotional way. It felt different to sing over the orchestrations that Brian and Matt had created for these. It felt really intimate, and like they had really carved a path for where my voice was to sit on those arrangements. I hope people can listen to these versions and find the spirit in them that we were trying to convey."

The release of "Deconstructed" follows the band's most recent studio album "Violent Allies". The lead single, "The Shift", has been streamed over 9.5 million times on Spotify, with over 16 million collective streams across all platforms. Repertoire from the album has been streamed 15.8 million times on Spotify, while collective streams across all platforms exceeds 30 million.

10 YEARS will return to the road this spring with an extensive tour of the U.S. that will play 33 markets. On April 8, the Official Fan Summit will be staged in Las Vegas at 24 Oxford, where the band will perform their "Feeding The Wolves" album in its entirety, featuring the prior singles "Fix Me" and "Shoot It Out", for the first and likely only time ever.